The Trump administration notified Congress on Monday that it wants to scrap trade concessions for India, the largest beneficiary of the so-called generalized system of preferences that impacts $5.7 billion worth of goods

U.S. President Donald Trump's attempt to pressure India on trade may be intended as a symbolic shot across New Delhi's bow, but its inopportune timing threatens broader political consequences.

The Trump administration notified Congress on Monday that it wants to scrap trade concessions for India, the largest beneficiary of the so-called generalized system of preferences that impacts $5.7 billion worth of goods.

The move affects just a fraction of India's trade flows, yet it comes weeks before India's national elections, and just as Prime Minister Narendra Modi's government is trumpeting its foreign policy prowess and military strength following a stand-off with Pakistan.

Both President Trump and PM Modi likely hope to isolate thorny trade issues from their geopolitical ties as both countries position themselves in Asia against an increasingly assertive China. But even assuming the strategic alliance — which includes the so-called Quadrilateral Security Dialogue between the U.S., India, Japan and Australia — remains intact, the world's two largest democracies are probably still headed for a bout of turbulence.

Even if PM Modi doesn't want to raise the temperature, "the discourse in this country has been that America needs India to balance China," said Harsh Pant, an international relations professor at King's College London. "And the question will be: Why is America doing this to India?"

The U.S. move, announced at the same time as a halt on the same trade preferences for Turkey, could reignite dormant anti-American sentiment within India and is likely to fuel opposition critiques of India's ruling government, Pant said.

Needling India on trade will have a "corrosive effect" on PM Modi's views of the U.S. and fits a pattern of Trump's focus on narrow trade grievances at the expense of broader strategic concerns, according to John Blaxland, head of the Strategic and Defence Studies Centre at the Australian National University.

"It is extraordinary how Trump manages to demarcate trade from geopolitics, when in the real world they are intimately linked," Blaxland said. 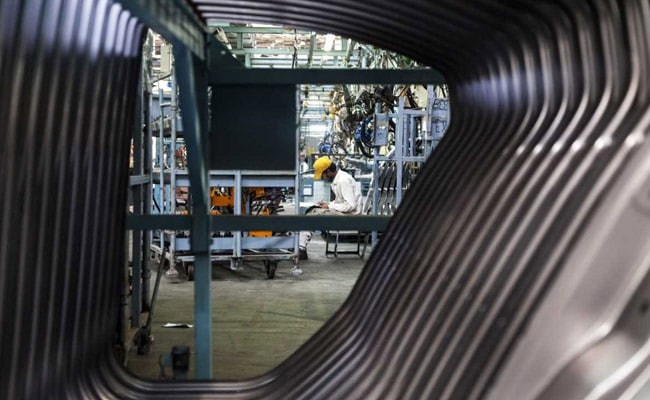 Needling India on trade will have a "corrosive effect" on PM Modi's views of the U.S. and fits a pattern of Trump's focus on narrow trade grievances at the expense of broader strategic concerns

That extends to the U.S. pulling out of the Trans-Pacific Partnership trade deal that would have more closely tied Asian economies to Washington, despite pleas from regional allies such as Japan to reconsider, Blaxland added. "The TPP was dismissed, just as trade links with India and Turkey now appear set to be discarded," he said.

In a statement announcing the decision, U.S. Trade Representative Robert Lighthizer's office said that India's removal from the preferential system "follows its failure to provide the United States with assurances that it will provide equitable and reasonable access to its markets in numerous sectors."

India has implemented "a wide array of trade barriers that create serious negative effects" on U.S. commerce and "despite intensive engagement," had failed to take the necessary steps to meet the criterion, it said.

However, the current spat follows previous U.S. attempts to pressure New Delhi to draw down significant oil imports from Iran, as well as Venezuela. India -- whose history of non-alignment gives it close economic partners that make Washington policymakers uncomfortable -- has nevertheless increased oil, natural gas and coal imports from the U.S.

Trump has pressured other allies on trade — notably Germany, as well as the European Union and South Korea — while maintaining security relationships. But the U.S.-India alliance has far more fragile foundations, making the fallout from the scrapping of preferential trade concessions more volatile.

U.S.- India ties are more of "a collaboration of convenience," said Nick Bisley, an international relations professor at Melbourne's La Trobe University. "This could be used by the foreign policy elite in India to say, 'Don't get too close to the U.S."'

Especially as the Indian election approaches, Trump's decision could well get sucked into the febrile campaign atmosphere of domestic politics.

"The optics of this are bad, because it comes at a sensitive time," said Pant of King's College London. While unlikely to hurt broader bilateral ties, "with elections in just a couple of months, I don't think the Indian government would like to be seen buckling to American pressure."