The Home Ministry's response came after reports on Thursday suggested that 28,000 additional troops are in the process of deployment in Jammu and Kashmir, which is currently under President's Rule. 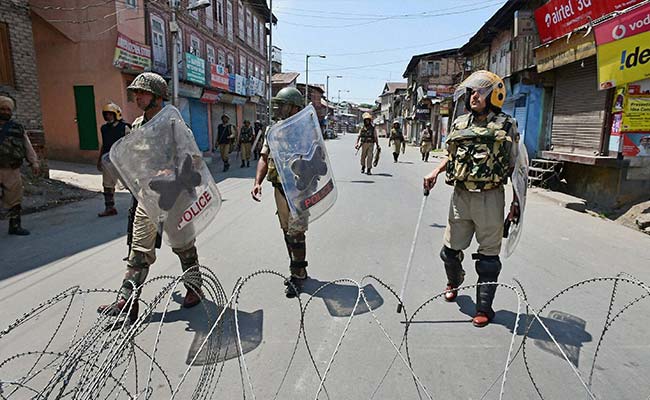 The Home Ministry said today that the deployment of paramilitary forces in Jammu and Kashmir was based on the security situation there and requirements of rotation, and that such things are not discussed in the public domain.

Sources in the ministry said 100 companies (10,000 personnel) of central forces were ordered for deployment in the state about a week ago and they are in the process of reaching their destinations. This has apparently led to speculation of induction of additional forces, they said.

"Based on the assessment of the internal security situation, training requirements, the need for paramilitary troops to be rotated for rest and recuperation, induction and de-induction of central forces is a continuous and dynamic process," a source told news agency Press Trust of India.

"It has never been the practice to discuss in the public domain the details of deployment and movement of paramilitary forces deployed in a particular theatre," they said.

The Home Ministry's response came after reports on Thursday suggested that 28,000 additional troops are in the process of deployment in Jammu and Kashmir, which is currently under President's Rule.

There has also been speculation that the Centre may have plans to do away with Article 35A of the Constitution, which gives exclusive rights to the state's residents in government jobs and land. These speculation have dominated the discourse in Kashmir over the past few days, reported news agency PTI.

Mainstream political parties from the state, such as the National Conference and the PDP, have said they would resist any such move to tinker with the special status enjoyed by the state.

On Thursday,  a delegation comprising National Conference President Farooq Abdullah, former chief minister Omar Abdullah and a party MP met Prime Minister Narendra Modi and urged him not to take any step which may lead to deterioration in the law and order situation in Jammu and Kashmir.

They also urged PM Modi to facilitate holding of assembly election in the state by year-end.