Election result live: The BJP, spearheaded by its Tripura chief Biplab Kumar Deb, got 43 seats along with its ally the Indigenous People's Front of Tripura. The 20-year run of CPI(M) Manik Sarkar has ended 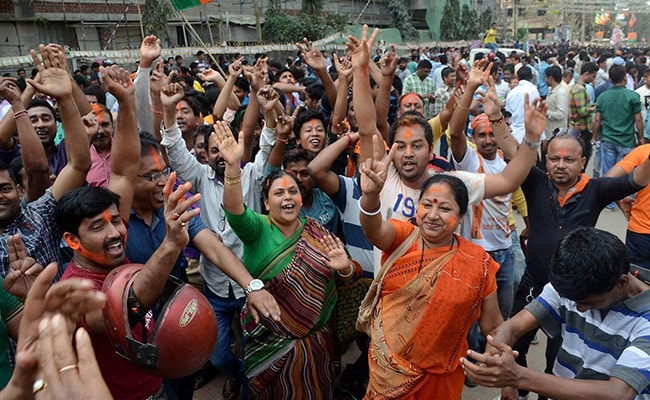 Counting of votes in the hotly contested Tripura assembly election 2018 has ended. The BJP, spearheaded by its Tripura chief Biplab Kumar Deb, got 43 seats along with its ally the Indigenous People's Front of Tripura. The 20-year run of Chief Minister Manik Sarkar of the Communist Party of India (Marxist) or CPI(M) has ended. "People in Tripura wanted to change the communist government for a long time. The mood is there," Biplab Kumar Deb, a former RSS volunteer who also fought his first election, told NDTV. At 49, he is the youngest state BJP chief in the country and is said to have built the party organisation from scratch in Tripura. Mr Sarkar, on the other hand, who ran for his fifth term as chief minister, addressed some 50 rallies in Tripura.

Here are the highlights of Tripura election results 2018:

Mar 03, 2018 17:57 (IST)
The Congress under Chief Minister Mukul Sangma has won 21 seats in Meghalaya of the 59 constituencies for which the election was held. The National People's Party, on the other hand, won 18 seats. The BJP managed to get only two seats.
Mar 03, 2018 17:30 (IST)
Following the BJP's win in the Tripura assembly election, the party's West Bengal unit said this will impact state politics and predicted a "sea change" in Bengal's political scenario in six months. "It is the people who have brought about the change in Tripura. They will bring about the change in Bengal too... We have full support from our national leadership. I think there will be a sea change in Bengal within six months," state Bharatiya Janata Party president Dilip Ghosh said.
Mar 03, 2018 16:13 (IST) 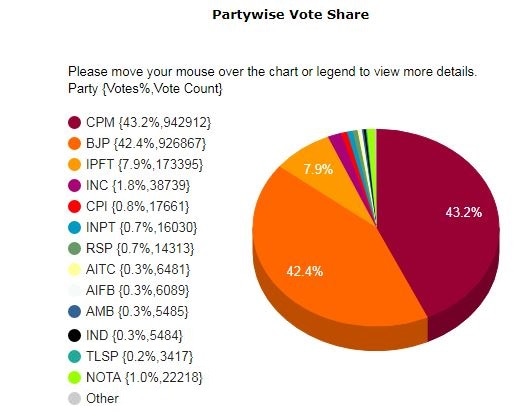 Mar 03, 2018 15:25 (IST)
Goa Chief Minister Manohar Parrikar congratulated Prime Minister Narendra Modi and BJP president Amit Shah for the party's victory in Tripura. "Congratulations Narendra Modi-ji, Amit Shah-ji, BJP karyakartas and the people of north east for the splendid performance of BJP in assembly polls and for this historic victory in Tripura," Mr Parrikar tweeted.
Mar 03, 2018 14:11 (IST)
Biplab Kumar Deb, BJP's chief ministerial pick for Tripura, wins his seat.
Mar 03, 2018 13:40 (IST)
BJP's north east strategist Himanta Biswa Sarma was sent to Shillong today to try and form a government without the Congress in Meghalaya amid the likelihood of a split verdict. The Congress has also sent its senior leaders Ahmed Patel and Kamal Nath as the party might also emerge as the single-largest party in the Meghalaya assembly election.
Mar 03, 2018 13:31 (IST) 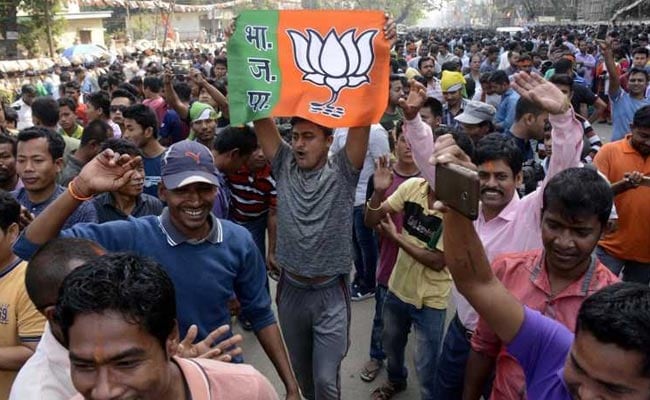 A BJP supporter in Agartala celebrates as the party takes a lead over the Left Front in the state. CPI(M) leader and Tripura Chief Minister Manik Sarkar's 20-year rule appears to have ended with the rise of the BJP in the north east state under its state chief Biplab Kumar Deb.
Mar 03, 2018 13:06 (IST) 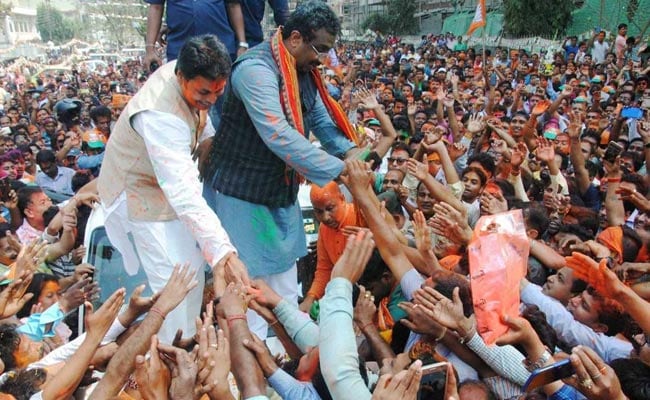 The BJP parliamentary board will meet today evening to pick a name for Tripura chief minister. The party is likely to form government in Tripura, where the Left under Manik Sarkar has been in power for 20 years. "Our parliamentary board will meet in the evening and take a call," BJP north east in-charge Ram Madhav told reporters.
Mar 03, 2018 13:01 (IST)
Biplab Kumar Dev, 49, is among BJP's chief minister picks for Tripura. The former RSS volunteer is also the BJP's youngest chief in any state. He was a gym instructor when he shifted to Delhi 15 years ago. The BJP leader was mentored by the party's Tripura in-charge Sunil Deodhar. 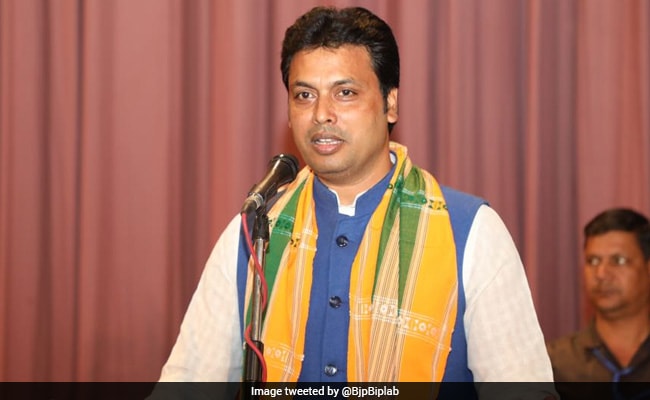 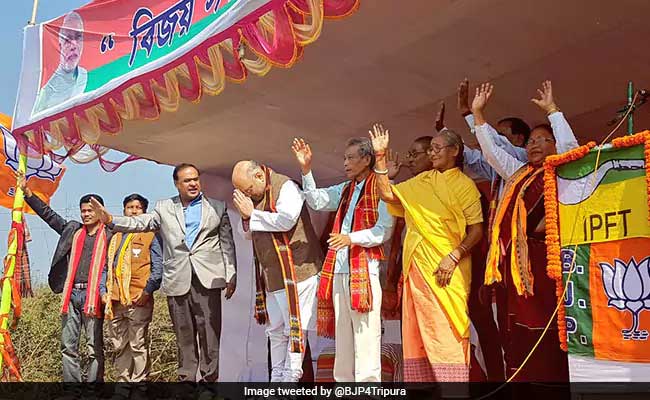 The BJP campaigned aggressively in Tripura, with Prime Minister Narendra Modi also addressing four rallies in which he urged people to pick "HIRA (H for highway, I for Internet way, R for roadways and A for airways) instead of Manik", using a word play between hira (diamond) and manik (gem).

Mar 03, 2018 11:51 (IST)
The biggest story in the north east election - the first of a series of elections this year - is the end of Left's two-decade rule and four-time Chief Minister Manik Sarkar's almost impenetrable fortress in Tripura.
Mar 03, 2018 11:44 (IST)
"The leads we are seeing in Tripura so far are very satisfying. We are headed towards the direction of forming the government. We will wait for the final results, but we believe we will form the government with 40-plus seats." 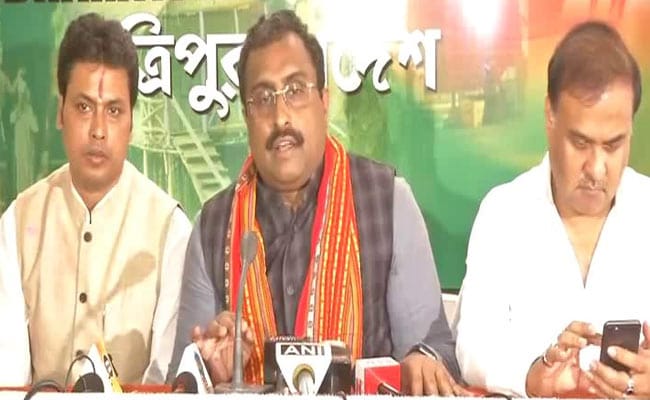 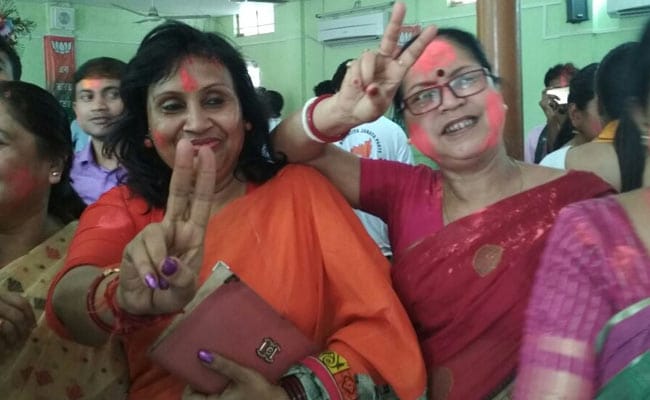 Mar 03, 2018 11:20 (IST)
The BJP and its ally Indigenous People's Front of Tripura (IPFT) were leading in 31 out of the 47 constituencies whose trends were available, according to Election Commission data. Election in 59 seats for the 60-member Tripura assembly was held on February 18. Polling was countermanded in one seat due to the death of a CPI(M) candidate.
Mar 03, 2018 11:16 (IST)
"It will be a landslide victory in Tripura. After one hour it will prove to be a tsunami. We will form the government with two-thirds majority. This is thanks to master-strategist Amit Shah, Himanta Biswa Sarma and Ram Madhav. PM Modi's four rallies in this small state also helped us a lot." 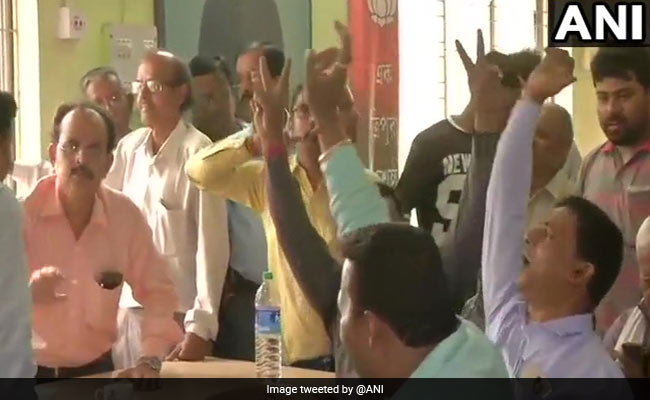 BJP supporters celebrate after the party was said to be leading in Tripura. The Left has been ruling Tripura for 20 years. 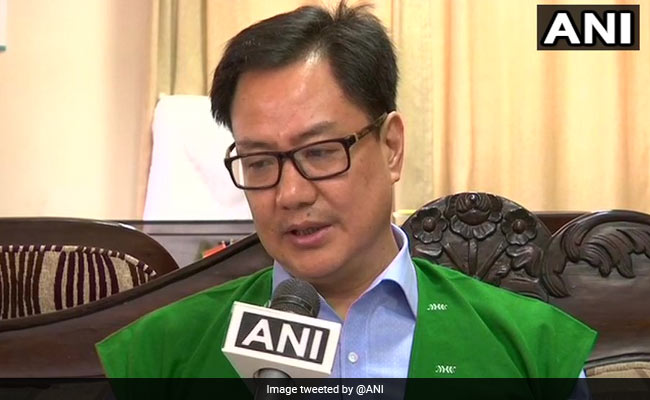 "There's going be a huge political change in Tripura. A big blow to the Left there. Ground reports suggest a victory for us," union minister Kiren Rijiju said. There is a sense of jubilation among BJP workers in Tripura.

If @BJP4India wins #Tripura , they plan to celebrate much more than #UttarPradesh win because of its symbolism and battle with #Left#ResultsWithNDTV 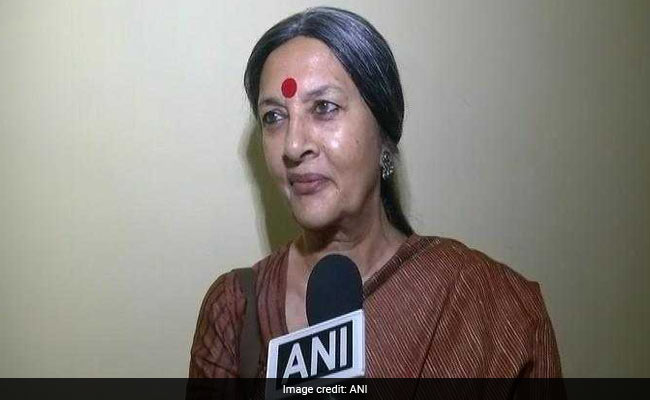 "We need to wait for the third and fourth rounds of counting. It's too early to jump to conclusions... People of Tripura will stop the communal campaign of the BJP," CPI(M) leader Brinda Karat told NDTV. 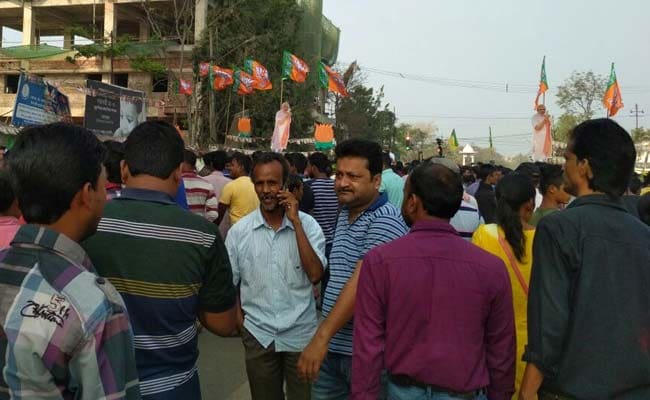 BJP supporters come out on the streets in Agartala, Tripura. The Left Front led by the CPI(M) has been in power in the North East state under the chief ministership of Manik Sarkar. 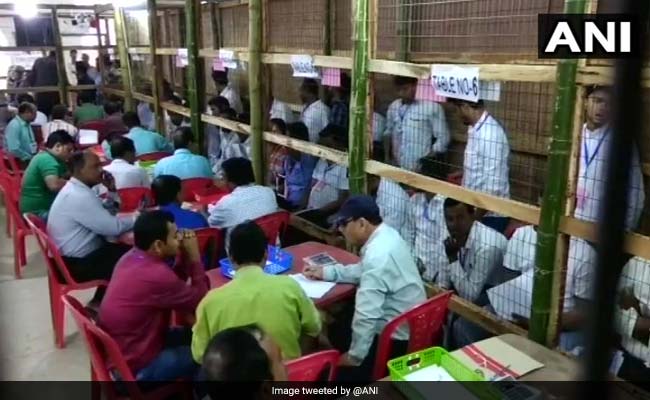 Election officials take their seats at a counting centre in Agartala, Tripura. The Left Front led by the CPI(M) has been in power in Tripura for 25 years. 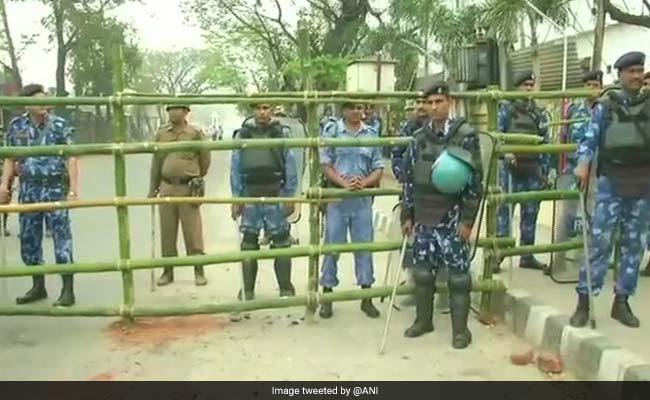 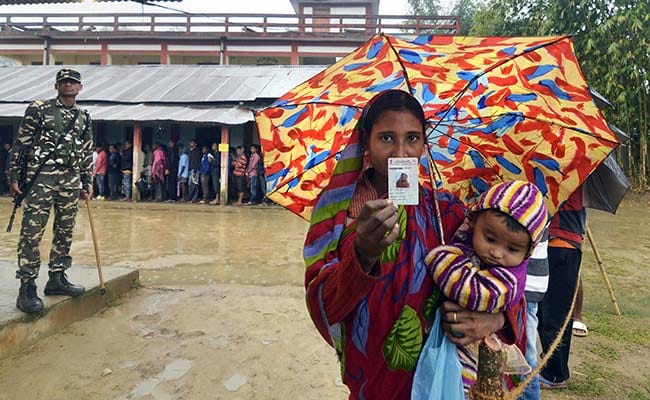 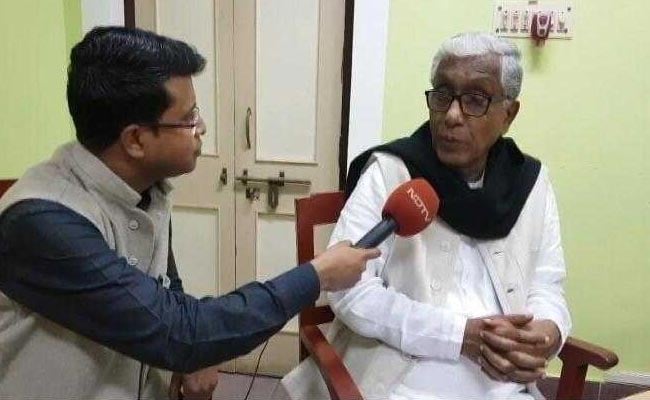 In Tripura, the ruling Left Front's campaign strategy rests on one face: Chief Minister Manik Sarkar. For years, the four-time chief minister's clean image had been enough to see his party through. This time, Mr Sarkar's most ardent supporters concede he has a fight on his hands.

Mar 03, 2018 06:50 (IST)
Polling was held in 59 of the total 60 seats. Voting in Charilam assembly constituency will be held on March 12 due to the death of CPI(M) candidate for the seat, Ramendra Narayan Deb Barma.
Mar 03, 2018 06:50 (IST)
The BJP, which has forged an alliance with tribal outfit Indigenous Peoples Front of Tripura (IPFT), fielded 51 candidates. IPFT contested in the remaining nine seats.
Mar 03, 2018 06:49 (IST)
The CPI(M) contested in 57 seats and while the other Left Front constituents, the RSP, Forward Bloc and CPI, contested in one seat each.
Manik SarkarBiplab Kumar DebTripura