The IPAC member has been summoned by the Tripura Police on August 1. 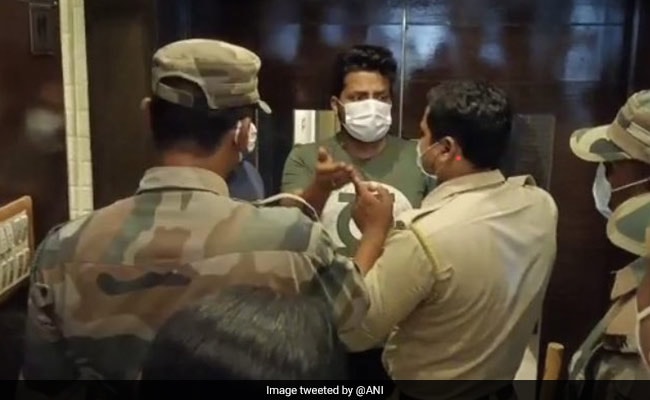 The police claim the IPAC team had violated Covid norms and the questioning of the team was routine.

Some members of poll strategist Prashant Kishor's IPAC (Indian Political Action Committee) in Tripura, on election assignment for Mamata Banerjee, have been summoned by the police for alleged violation of Covid protocol a day after the entire team complained of being confined to their hotel by the police.

The IPAC members have been summoned by the Tripura Police on August 1. They have been served notice under a section of criminal law that leaves them open to arrest.

The IPAC team is in Tripura's Agartala to carry out surveys for Bengal Chief Minister Mamata Banerjee's Trinamool Congress in the BJP-ruled state where elections are due in 2023. The Chief Minister's nephew Abhishek Banerjee is likely to visit the city on Thursday or Friday, says the party.

The team members alleged yesterday that they were stopped from leaving their hotel. There is heavy presence of the Tripura police in and outside the hotel. The police yesterday did not allow any of the 22 members of the IPAC team to leave the premises, sources in the organisation told NDTV.

The police claim the IPAC team had violated Covid norms and the questioning of the team was routine.

"The outsiders-- around 22 persons-were roaming around in various places. Since Covid restrictions are in place, we are inquiring to verify the reasons behind their arrival and stay in the city. They all underwent Covid tests on Monday, the reports are awaited," Manik Das, Superintendent of Police, West Tripura, was quoted as saying by news agency Press Trust of India.

"Results of their (IPAC members') RTPCR test will come tomorrow. They said they were here for some research-related work that is being investigated. After getting COVID test results and outcome of probe, decision will be taken on their release," Mr Das said.

Ms Banerjee has dispatched a team of Trinamool Congress ministers to Agartala to meet with the team. The ministers are Bratya Bose and Moloy Ghatak.

"These IPAC members are Bengal residents and worked with the TMC in polls," Mr Bose said.

The news of the alleged "detention" of IPAC members emerged on a day Ms Banerjee arrived in Delhi for a five-day visit during which she is expected to hold discussions with various opposition leaders on a 2024 poll strategy.