The Chief Minister remarked that the clean image of the present government would have a great impact on the elections. 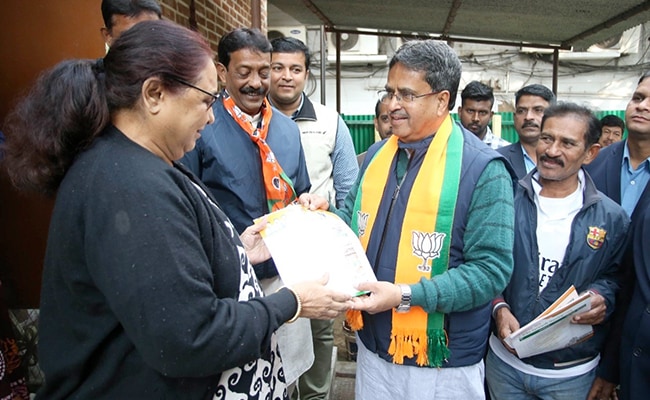 The Chief Minister said that the door-to-door campaign is getting a "tremendous response".

Tripura Chief Minister Manik Saha has opted for a rather straightforward campaign for the upcoming polls in the state. He was seen going door-to-door, urging people to vote for the BJP government claiming that it has achieved massive development in the state in the last five years.

"A huge development has been achieved in all the fields in Tripura. That's why the opponents don't have any proper issue," said Mr Saha.

Referring to political clashes between BJP and Congress supporters within hours of the poll date announcement, he said: "The incidents of Majlishpur was not intended. But the opposition is trying to create a problem to defame our party."

Several people were injured in a clash between BJP and Congress supporters in Tripura's Majlishpur. The clash took place just half an hour after the Election Commission announced the dates for the assembly election in the state.

The Chief Minister said that the door-to-door campaign is getting a "tremendous response".

"Although the elections to the Legislative Assembly are in February, but we have already started a door-to-door campaign in the last two days. We are getting tremendous response from the voters,".

He said, "People have smiles on their faces, they have faith in PM Modi for the interest of the country and the present BJP government for the overall development of the state.

The Chief Minister remarked that the clean image of the present government would have a great impact on the elections.

Taking a jibe at the Congress-CPI(M) alliance, the Chief Minister said, "For so long the people of the state have seen wrestling in Tripura and friendship in Delhi. Now they have started friendship in Tripura as well and they have become known as traitors to the common people. That's why people with good sense will not accept them. Opponents will get zero seats in this poll."

He said the BJP will again form government in Tripura by winning over 50 seats in the upcoming assembly polls.

"For fifty years, there was a demand of the people for the development of drainage system, but the present government fulfilled their demand by constructing a drain," the Chief Minister said.