It is possible for Trinamool to win the upcoming elections in Goa although the time left for the polls is very short, Luizinho Faleiro said. 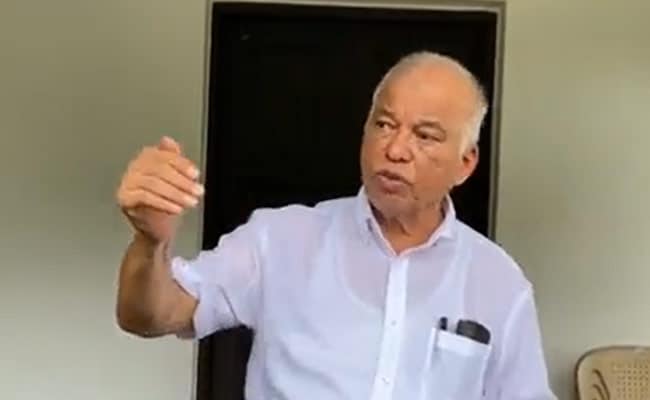 A day after joining the Trinamool Congress (TMC), former Congress MLA and Goa Chief Minister Luizinho Faleiro today said the Mamata Banerjee-led party plans to contest all 40 seats in the next year's Goa Assembly polls on its own, without forging any alliance.

Talking to reporters during a press conference, Mr Faleiro also said that Mamata Banerjee will visit the state once the ongoing 15-day 'pitru paksh' period, considered inauspicious for launching any new projects, is over.

Luizinho Faleiro joined the TMC on Wednesday in Kolkata along with nine other leaders.

He addressed the press conference in Panaji in the presence of senior TMC leaders, including Derek O'Brien, Sukhendu Sekhar Roy, Prasun Banerjee and Manoj Tiwary.

"The party is scouting for fresh faces for the upcoming election in Goa... As far as the TMC is concerned, we would like to give 40 clean new faces," he said in response to a query on whether the party would consider MLAs who have defected to another party.

When asked if the TMC plans to forge an alliance, he said, "We are going to go all alone."

It is possible for the TMC to win the upcoming elections in Goa although the time left for the polls is very short, he added. The elections are due in February.

Mr Faleiro attacked the Congress saying that the party never wanted to form a government in Goa and therefore it did not stake a claim despite emerging as the single largest party after the 2017 elections.

He said that I-PAC (Indian Political Action Committee) has been conducting a survey in Goa, the results of which will be available in the next 10-15 days. The detailed roadmap for the elections in Goa will be prepared after the result is out.

He said the TMC will release a "charge sheet" against the BJP government in Goa, which will expose its "misdeeds".

In the last Assembly polls, the Congress had won the highest number of 17 seats, restricting the BJP to 13 seats. However, surprising the Congress, the BJP allied with regional parties and formed the government under the leadership of senior leader Manohar Parrikar.

The AAP has already thrown its hat in the ring ahead of the polls, with the party's national convener and Delhi Chief Minister Arvind Kejriwal, during his recent visit to Panaji, announcing free power of up to 300 units per month and 80% jobs for locals if his party is voted to power.