Amid widespread outrage over the Telangana rape and murder case, Mimi Chakraborty recommended "immediate" and exemplary punishment to deter potential rapists from preying on women. 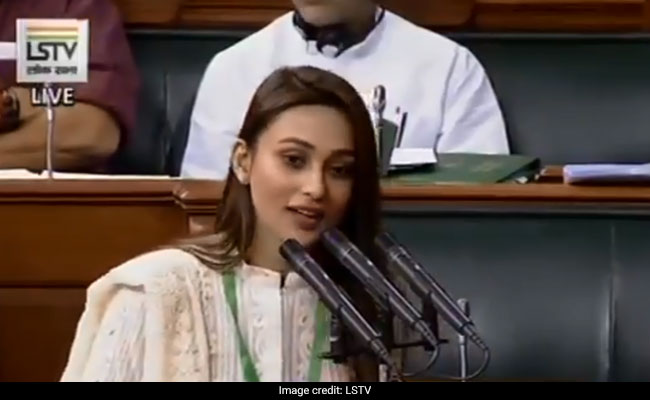 Mimi Chakraborty said anti-rape laws in the country should be made more stringent.

"I agree with her. I don't think we need to take rapists to courts with protection and then wait for justice. Immediate punishment is needed," Ms Chakraborty tweeted on Monday, amid widespread outrage over the shocking rape and murder of a 26-year-old veterinarian near Hyderabad last week.

The actor-turned-politician, who represents West Bengal's Jadavpur in the Lok Sabha, also spoke on the need for exemplary punishment to deter potential rapists from preying on women. "I request all concerned ministers to please make a law so strong that a person thinks 100 times before let alone rape, but even before looking at a woman with ill-intentions," she said in another tweet.

Ms Bachchan, an MP from the Samajwadi Party, had led a chorus of angry and impassioned voices against the Telangana incident in the parliament earlier in the day. "These kinds of people need to be brought out in public and lynched. I think it is time... whether it is Nirbhaya or Kathua or what happened this time, the people want the government to give a proper and definite answer," she said.

Mrs Bachchan also demanded that people who have failed to protect women and children from such horrific assaults should be "named and shamed".

AIADMK MP Vijila Sathyanath broke down during a speech in which she said her country was not safe for children and women. The Congress' Amee Yajnik also demanded that central and state governments come together to bring about "social reformation on an emergency basis".

Police claim that the four accused had raped and murdered the veterinarian in the span of an hour at a locality on the outskirts of Hyderabad on Wednesday night. They set fire to her body under a culvert at Chattanpally around 2:30 am, a top officer said, adding that the arrests were made on the basis of "technical clues".

The incident led to massive protests and an outpouring of rage and grief across the country. The accused, aged between 20 and 26, have been arrested and three cops have been suspended for negligence.