Trinamool Flags Will Be Seen Across Meghalaya In Next 45 Days: Mukul Sangma

Mamata Banerjee had welcomed the 12 MLAs at her Kalighat residence on Monday in the presence of her nephew Abhishek Banerjee. 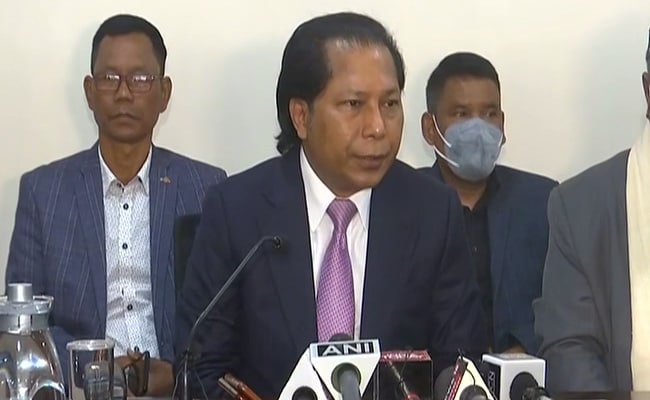 Meghalaya's former Chief Minister Mukul Sangma, who along with 11 other Congress MLAs recently joined Mamata Banerjee's party, on Tuesday asserted that Trinamool Congress flags will flutter across the northeastern state in the next 45 days.

Mr Sangma said that the entire Northeast wants a "true alternative" to the Congress that can sincerely take on the BJP and promote the interests of the people of the region, and "All India Trinamool Congress (AITC) chairperson (Mamata Banerjee) is the force they should gravitate to".

Addressing a press conference at the TMC headquarters in Kolkata, the two-times Meghalaya Chief Minister said that the legislators' decision to join the party was not an overnight decision and they had deliberated for long how to protect the interests of the people of the state, "which was not possible under the central Congress leadership".

"Our decision will set the trend in Meghalaya, the Northeast and the entire country. From her (Mamata Banerjee's) conviction and words, it is clear that she is the sole gravitating force."

"It was a difficult decision, but it was the need of the hour. We want to do real work, and contribute to nation-building which is only possible under the leadership of the AITC chairperson in the present situation," he said.

Noting that the people of Meghalaya have already supported the move of the 12 MLAs, Sangma said that people of the northeastern state already know 'Didi' and TMC.

"In the next 45 days, you will see Trinamool Congress flags fluttering in all parts of our state," Mr Sangma said.

Meghalaya TMC president Charles Pyngrope, who is among the 12 defecting MLAs, thanked Mamata Banerjee and dwelt on the long-standing ties between the people of West Bengal and Meghalaya, especially Shillong.

Mamata Banerjee had welcomed the 12 MLAs at her Kalighat residence on Monday in the presence of her nephew Abhishek Banerjee.

The Meghalaya legislators had attended TMC's working committee meeting chaired by Mamata Banerjee to chalk out the roadmap for the 2024 Lok Sabha elections.