Officials say the Jammu-Srinagar highway has been closed due to landslides in Udhampur and shooting stones at places in Ramban district. 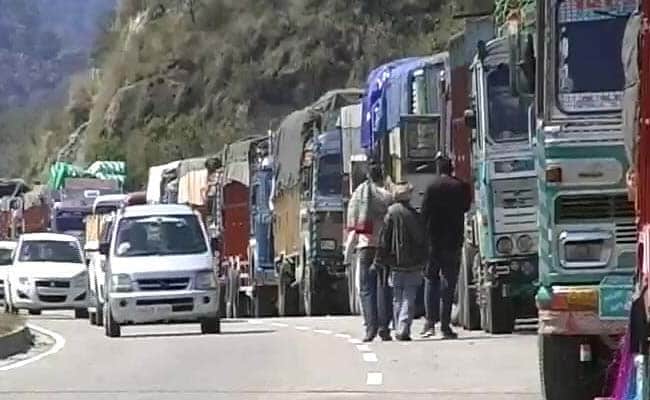 Travellers have been advised not to commute through the Jammu-Srinagar highway. (File Photo)

The strategic Jammu-Srinagar national highway was closed on Tuesday due to multiple landslides triggered by heavy rains in Ramban and Udhampur districts, a traffic official said.

The highway has been closed due to landslides in Udhampur and shooting stones at places in Ramban district, he said.

"It is still raining heavily in the affected stretch of the highway. Road clearance operation will be begin soon after the rain stops," he added.

The highway was opened to traffic on Monday after nine hours of heavy rains that triggered a similar situation, especially along the Ramban stretch of the nearly 300 km-long highway.

Intending travellers have been advised not to undertake the journey unless they contact the traffic control rooms in Jammu and Srinagar to know the latest status of the highway.

(Except for the headline, this story has not been edited by NDTV staff and is published from a syndicated feed.)
Comments
Jammu-Srinagar National HighwaylandslidesUdhampur