The amended Motor Vehicles Act came into effect on Sunday. Traffic rule violators are now paying heavier fines for offenses like jumping red lights, wrong parking, over speeding, driving while drunk among others. 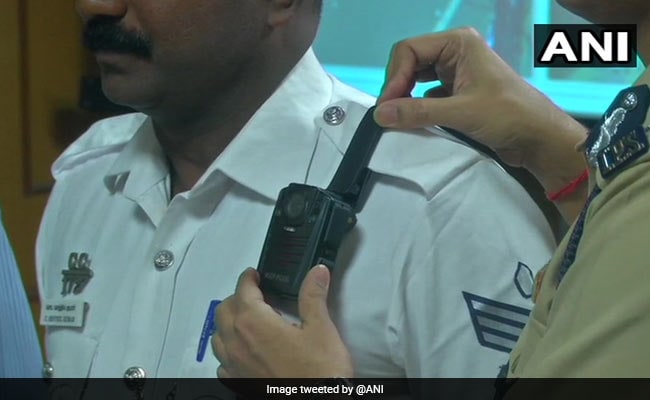 The body cameras will help the traffic cops to catch people while breaking rules.

The traffic officials will wear body cameras to record traffic violations and catch the people while breaking rules.

"To ensure proper actions against traffic rule violators, officers will wear body cameras. We are using as many as 626 body cameras to record the violation and challans," Narendra Singh Bundela, senior traffic police officer, was quoted as saying by news agency ANI.

The amended Motor Vehicles Act came into effect on Sunday across the country. Traffic rule violators are now paying heavier fines for offenses like jumping red lights, wrong parking, over speeding, driving while drunk among others.

"We have issued 557 challans for drunk driving, 207 for red light jumping, 195 for not wearing a seat belt, and 336 for not wearing a helmet. As many as 42 challans have been issued for over speeding and 28 for tripling on two-wheelers," said Mr Bundela.

Delhi Police issued as many as 3,900 challans on Sunday.

The penalty for driving without licence has been hiked from Rs 500 to Rs 5,000.

For underage drivers, the guardian or owner of the vehicle will be held guilty; the penalty will be Rs 25,000 along with three years in jail and the registration will be cancelled.