Drishti Rajkhowa is known to be a close confidant of Paresh Baruah, the so-called 'commander-in-chief' of ULFA (I). 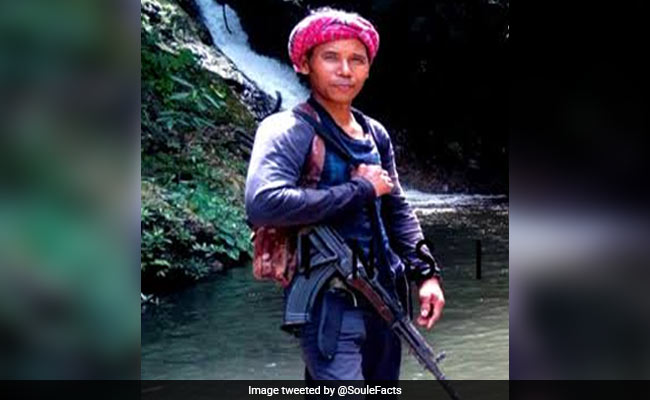 As per officials, Drishti Rajkhowa had been crossing the India-Bangladesh border frequently

A top leader of the insurgent group ULFA(I) Drishti Rajkhowa has surrendered in Meghalaya, top government sources said today. Drishti Rajkhowa, who was previously known as Manoj Rabha, is currently under the custody of the Army intelligence and is being brought to Assam, the sources confirmed.

"He was cornered in a gun battle which lasted for over 30 minutes," a senior officer discloses.

According to him, Rajkhowa, who is the deputy-commander-in-chief of United Liberation Front of Asom (Independent) surrendered after he realised that there were no chances of escaping the cordon.

"Security Forces had cornered him near Bolbogkre village in South Garo Hills," the officer adds.

Rajkhowa is known to be a close confidant of Paresh Baruah, the so-called 'commander-in-chief' of ULFA (I).

Intelligence agencies who have closely worked with their counterparts in neighbouring Bangladesh said this was a huge breakthrough in the battle against insurgency.

As per government officials, Rajkhowa had been crossing the India-Bangladesh border frequently and many times had managed to give security forces sleepless nights.

As per Intelligence, he was spotted around Jaflong in Bangladesh last month when the Pakistan High Commissioner in Dhaka Imran Siddique was apparently vacationing in a resort in that area.

Intelligence report also indicates that Pakistan defence attached in Dhaka, Brigadier Ejaz has been setting up meetings with rebel leaders from the Northeast in recent months.

Meanwhile, the dossier on Rajkhowa states that he rose to become the closest confidante of ULFA (I) military wing chief Paresh Barua after desertions from the rebel ranks left the Muttock warlord with little options but to promote him.

From being the commander of ULFA's 709 battalion operating in western Assam and Meghalaya, Rajkhowa was made deputy commander-in-chief.

The ULFA (I) has been demanding an independent state of Assam. The government had banned the outfit in 1990.