Punjab Boy, 13, Cycled 250 km To Meet YouTuber In Delhi. This Happened Next

When 13-year-old from Patiala went missing, family had hunch he could've made the plan since he was big fan of channel that has 1.7 crore subscribers 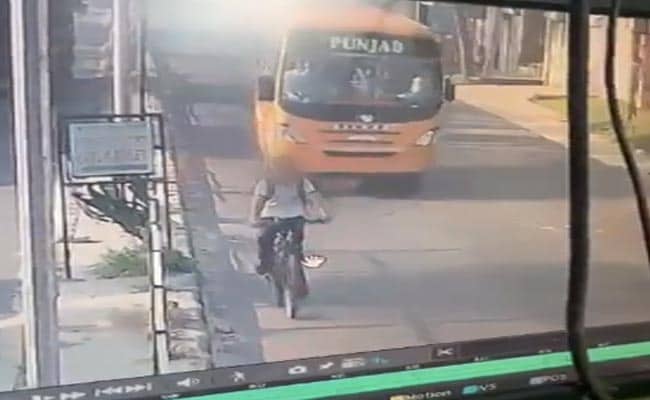 A 13-year-old boy from Patiala in Punjab, who cycled over 250 kilometres to Delhi over three days in an attempt to meet his favourite YouTube star, was found and handed back to his family by the police today. For all that effort over three days, the boy was short on luck — he made it to the Pitampura apartment of Nischay Malhan, ‘Triggered Insaan' on YouTube, but he was not home. “He was traveling to Dubai,” police said.

When the boy, a Class 8 student, went missing on October 4, his parents had a hunch he could've made the plan since he was obsessed with ‘Triggered Insaan', a humour and parody channel with nearly 1.7 crore subscribers.

The family and Patiala Police used social media to gather hints and alerted the cops in Delhi. The YouTuber, too, put out an appeal for information and urged the boy to contact home.

CCTV camera footage from a number of places on the route showed the boy. It was not clear where he stayed overnight or rested at all.

Police in Delhi found out that the YouTuber lives in Pitampura area, and contacted the residents' association. They checked the CCTV footage and spotted the child. When cops went to YouTuber Nischay Malhan's apartment, they were told he had gone to Dubai.

Police first found the boy's cycle and then him, after a brief search, in a park around 5 pm.

The boy's family had come to Delhi and took him home. His maternal grandfather said he was grateful that the police acted fast.

"Good news, people. The boy has been found. Thank God," the YouTuber tweeted.