VK Singh, Union Minister and former army chief, said the country's defence forces have capability to reclaim Pak-occupied Kashmir, and will execute the task once they get orders 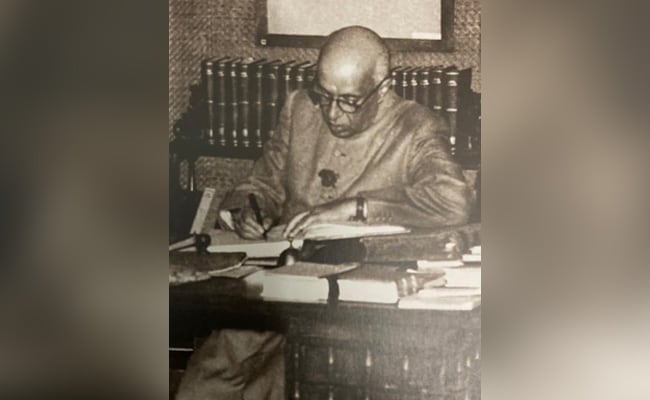 Speaking at an event related to the 26/11 Mumbai terror attack, he also claimed that some of phone numbers used by its perpetrators had been already given to the IB, and India's response to the attack could have been better.

The former Chief of Army Staff said the country's defence forces have the capability to reclaim PoK, and will execute the task once they get orders.

"We could have secured PoK in 1948, but the government at the time said, 'enough now, our Mountbatten will be unhappy', and stopped," he claimed.

Lord Mountbatten was then the governor general of independent India.

The event, titled '26/11 Mumbai Sankalp', had been organised by the right-wing publication Panchajanya as part of the 14th anniversary of the 2008 raid by Pakistani terrorists on Mumbai.

When India took initiatives for dialogue earlier, Pakistan thought that it was scared due to terrorism, the former Army chief said.

"Now, Pakistan understands that India is ready to initiate dialogue not because of fear of terrorism but (due to concern) for safety of civilians on their side," he added.

Singh also said that the common people of Pakistan, its government and its armed forces speak in different voices. "This is a change we are observing," he said.

India was ready to improve the relations with Pakistan if the neighbouring country reined in terrorism, he said, adding that India has always helped Pakistan in difficult times.

When the November 26, 2008 terror attack in Mumbai took place, he was posted with the Eastern Command in Kolkata, Singh said.

"During the posting in Kolkata, we got news that one man, whom we knew, had come to Kolkata to purchase some SIM cards. We made enquiries and gave those 10-12 numbers to the Intelligence Bureau (IB) and told them these numbers were purchased by the man and they may be used (for terror activities) in Jaipur, Ahmedabad or some other places," he said.

"You will be surprised that four numbers among those were used in the 26/11 terror strike. If you had got 10-12 numbers and somebody had told you they can be misused, if you had kept an eye on those numbers, monitored it, then in my view, you could have caught them as those mobiles were on. It means there were some deficiencies (in utilising available intelligence)," the Union minister said.

India's response to the 26/11 attack could have been much better, he said, adding that he was making this statement "as I am from the force".

After 2014 (when Narendra Modi government came to power) an attack is condemned with a stern warning that a repeat will not be forgotten and "we will storm into your house and hit you."

"This is the change," he said.