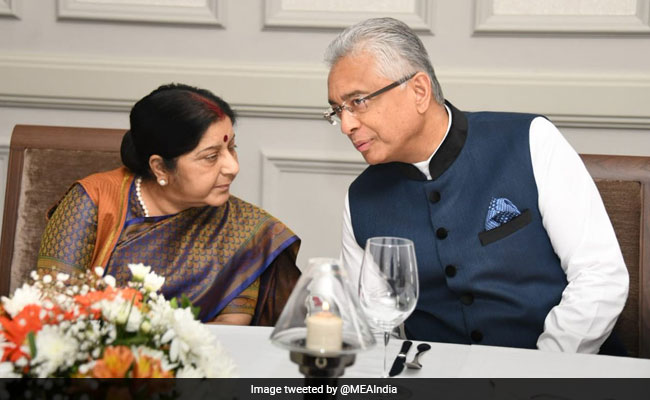 PM Jugnauth hosted a banquet lunch in honour Ms Swaraj which was attended by prominent dignitaries from both sides.

In the meeting, Mr Berenger conveyed his condolence on the demise of former prime minister Atal Bihari Vajpayee and recalled the role played by him in strengthening our bilateral relations.

In April, Prime Minister Narendra Modi on the sidelines of the multilateral Commonwealth Heads of Government Meeting (CHOGM) in London, had met Jugnauth and talked about cooperation in trade and investment, maritime cooperation and people-to-people ties.

In 2017, India had announced a USD 500 million line of credit to Mauritius as the two countries decided to firm up cooperation in the field of maritime security in the Indian Ocean region.