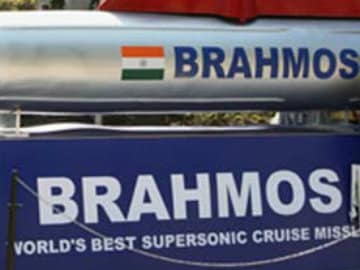 New Delhi: Will India sell military hardware, including BrahMos cruise missiles, to Vietnam? The move, which will definitely be viewed as hostile by China, will be the key point of discussion during Vietnamese Prime Minister Nguyen Tan Dung's two day visit to India, which starts today.

Equipping Vietnam - which is at the forefront of the escalating confrontation in South China Sea - with BrahMos may be interpreted by Beijing as a direct military intervention. BrahMos is primarily an anti-ship missile. Developed jointly with Russia, it is being manufactured by India. (Read: China, Vietnam Say Want Lasting Solution to Sea Dispute)

The previous UPA government had refused to sell military hardware to Vietnam. The question that confronts the Narendra Modi-led NDA government now is whether it would bite the bullet. (Read: South-East Asian, Latin American Nations Express Interest in Acquiring BrahMos Missile)

Despite objections from China and the dispute about territorial limits in the South China Sea, India has fished in troubled waters, acquiring two oil blocks from Vietnam. And though China claims they are within its territorial waters, India has persisted with the exploration despite finding them commercially unviable.(Read: India May Explore Oil in South China Sea)

As New Delhi widens the arc of its "Look- East" policy - building long-term strategic engagement in trade and military - Vietnam is emerging as one of key pillars.

At the end of his four-day visit, the two countries, in a joint statement, said the credit line would allow increased defence cooperation and the details of what Vietnam would buy from India will soon be finalised. (Read: President Pranab Mukherjee Leaves for Vietnam)

Although New Delhi is tightlipped, sources said Vietnam is interested in buying Off-Shore Patrol (OPVs) vessels from India too. It is understood Vietnam wants four OPVs, which would be used to police the South China Seas.

Promoted
Listen to the latest songs, only on JioSaavn.com
India is already training the Vietnam Navy personnel in - among other things - operating the Russian-origin Kilo-class submarine. So far it has trained over 500 personnel of the Vietnamese Navy. But Hanoi wants more.

In addition, India and Vietnam could arrive at an agreement to launch Vietnam's satellites into space. India is also keen on establishing a satellite tracking, data reception and processing centre in Ho Chi Minh city.