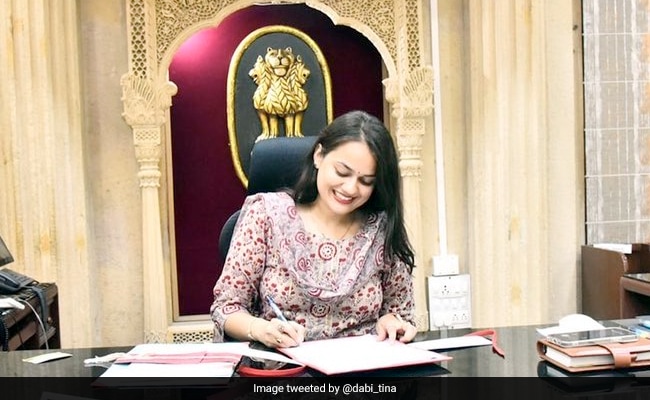 Tina Dabi has shared the update along with a set of pictures on social media.

Indian Administrative Service officer Tina Dabi on Wednesday took charge as the Collector of Jaisalmer district in Rajasthan. Before this, Ms Dabi was posted in Jaipur. Upon taking charge of the new office, Ms Dabi has shared the update along with a set of pictures on social media.

The IAS officer made headlines recently for her wedding to fellow officer Dr Pradeep Gawande in April. It was a private ceremony in Rajasthan with her family and close friends in attendance.

A few weeks ago, Tina Dabi shared glimpses from her wedding and said, “Finally, my wedding album is here. Happy to share those memorable days with you all. Dated: 21st and 22nd April 2022.”

Tina Dabi followed this up with a second set of images with the same caption.

The couple reportedly met during the pandemic and it was Dr Gawande who proposed to Tina Dabi.