For Donald Trump's three hours programme in Ahmedabad, the Motera Stadium holds special significance as around 1.10 lakh audiences are expected to be present for the ''Namaste Trump'' event. 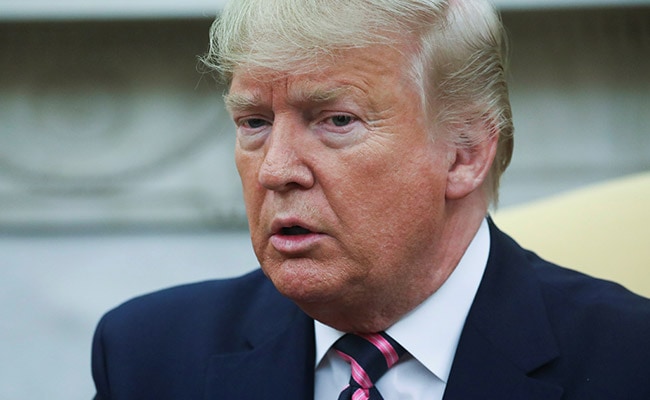 Donald Trump is scheduled to travel to Ahmedabad, Agra, and New Delhi on February 24 and 25.

Tight security arrangements have been put in place across the city ahead of the maiden visit of US President Donald Trump and First Lady Melania Trump.

Rapid Action Force (RAF) personnel can be seen patrolling throughout Ahmedabad, particularly covering the 22 Kilometers stretch on which VIPs are slated to cross.

For Donald Trump's three hours programme in Ahmedabad, the Motera Stadium holds special significance as around 1.10 lakh audiences are expected to be present for the ''Namaste Trump'' event.

Briefing about the safety arrangements, MF Dastoor, Chief Fire Officer told ANI, "There will be two rescue vehicles and two fire tenders inside the lower pole of the stadium. Two water bowsers and one hazmat unit will be deployed outside the pavilion at the parking area."

The stadium is equipped with the latest technology has several inbuilt systems for safety. "The stadium's in-built system has several features for which we are placing five fire tenders inside the stadium," said MF Dastoor.

The two water bowsers will be placed on the ring road as there are eight to nine parking plots for the event. The nearby fire stations, Chandkhera and Sabarmati, have also been asked to remain on standby on the day of the event.

One senior officer has been deputed for coordination with local agencies like the police department, municipal corporation, fire, and emergency services.

Also, strategically there are four places near the stadium where ambulances have been deployed, he said.

"There will be seven ambulances covering the stretch of 22 Kilometers," he said.

Defence Research and Development Organisation's (DRDO) anti-drone technology would also be deployed for the vigilance purpose.

Donald Trump is scheduled to travel to Ahmedabad, Agra, and New Delhi on February 24 and 25.