40 Dead In Thunderstorms In Uttar Pradesh, Bihar And Jharkhand

19 deaths have been reported from Bihar due to thunderstorm and lightning. In neighbouring Jharkhand, 12 people were killed due to lightning. 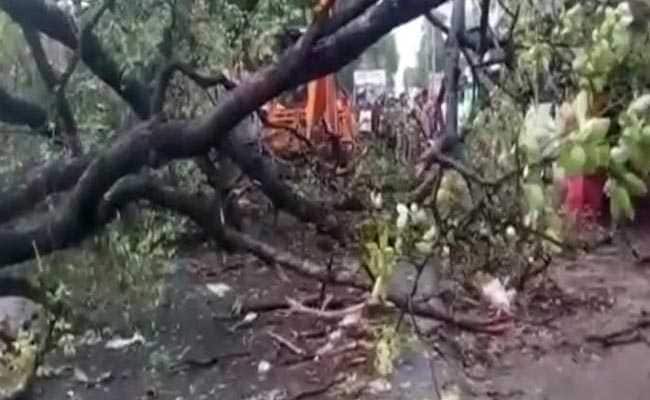 District magistrate has been asked to undertake rescue work after thunderstorm in Unnao.

Delhi: Forty people have died as thunderstorm and lightening struck different parts of Uttar Pradesh, Bihar and Jharkhand on Monday.

19 of those deaths have been reported from Bihar. In neighbouring Jharkhand, 12 people were killed and 28 were injured due to lightning.

Nine people were killed in thunderstorm and lightning in Unnao, Kanpur and Rae Bareli in Uttar Pradesh. As many as five were killed and four others were injured as lightning struck some parts of Unnao district on Monday night, Principal Secretary, Information, Avinish Awasthi was quoted as saying by news agency PTI.

Two people were killed when thunderstorm struck Kanpur while two were killed in Rae Bareli, he added.

Rescue work is being carried out in the state; district magistrates have been asked to provide relief material to people in the next 24 hours, Mr Awasthi said.

The regional Met Office has forecast muggy weather and dust storms in some parts of central and eastern Uttar Pradesh in the next 24 hours.

Promoted
Listen to the latest songs, only on JioSaavn.com
Over 170 people died earlier this month as powerful thunderstorms ravaged several states including Uttar Pradesh which witnessed the maximum casualties.