Thousands At Terrorist's Funeral In Kashmir, Just Family For Cop He Shot

On Thursday, security forces carried out a huge anti-terror operation - monitored from air by helicopters and unmanned vehicles - across two dozen villages in Shopian.

Srinagar: Two funerals in South Kashmir today - of a terrorist and a policeman he killed - encapsulate the Kashmir story. Azhar Mehmood - the policeman who showed exemplary courage and sacrificed his life to repulse a terror attack - was mourned by his family and colleagues. Barely 10 km away, thousands participated in the funeral of Hizbul Mujahideen terrorist Fayaz Ahmad Aishwar.

Azhar Mehmood and three civilians were killed in the attack carried out by Fayaz and three other terrorists in Anantnag on Saturday. The policemen came under attack while they were regulating traffic after a road accident. Sources say the terrorists first tried to snatch away the guns from the policemen. Mr Mehmood, who had grabbed a terrorist by the throat, died when the other terrorists opened fire.

"He was working with police for the last eight years. He is survived by two children, one is just eight month old and his wife," said Mr Mehmood's relative Gulzar Ahmad Sheikh. So far government has not announced any compensation for the family. 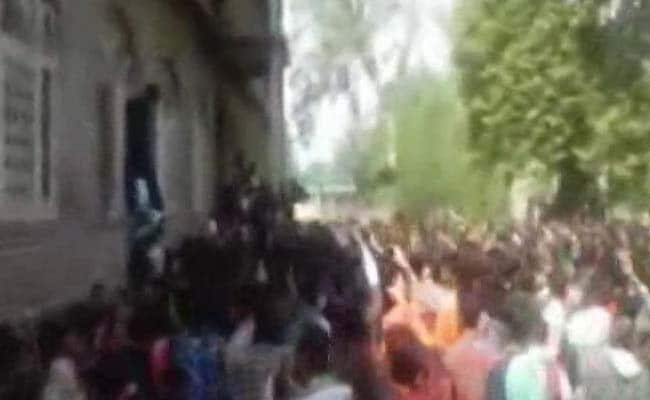 Police said Fayaz Ahmad Aishwar - who was involved in the attack on the Border Security Forces camp in Udhampur in 2015 - carried a reward of Rs 2 lakh on his head. But he was just one of the terrorists whose funeral had been attended by thousands over the last months. Last year, the killing of Hizbul Mujahideen terrorist Burhan Wani had seen five-month long unrest in the Kashmir Valley.

Promoted
Listen to the latest songs, only on JioSaavn.com
Since then, South Kashmir has seen a groundswell of support for terrorists who have been openly roaming the countryside. The police say more than the terrorists, the public support for them is a bigger problem for the security forces who have frequently encountered resistance from crowds while conducting anti-terror operations.

On Thursday, security forces carried out a huge anti-terror operation - monitored from air by helicopters and unmanned vehicles - across two dozen villages in Shopian. At its fag end, a sudden strike by terrorists killed one civilian and injured two soldiers. Even on that day, the forces had encountered resistance from locals in at least four villages.