This Political Party Has The Highest Kidnapping Accused Lawmakers

The findings were released on Monday by the Association for Democratic Reforms, an NGO that works for electoral and political reforms. 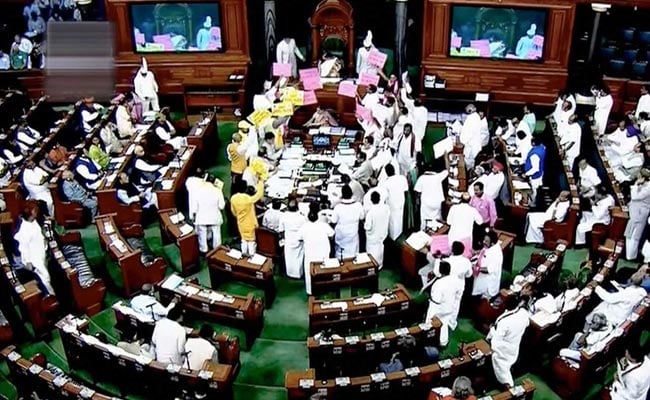 At least 16 BJP MPs and MLAs - the highest for any political party in India - have criminal charges related to kidnapping filed against them, according to an analysis of affidavits of 4,867 sitting MPs and MLAs.

The findings were released on Monday by the Association for Democratic Reforms, an NGO that works for electoral and political reforms.

It said the affidavits of 770 MPs and 4,086 state legislators revealed that 1,024 or some 21 per cent of lawmakers in the country have declared "serious criminal charges against themselves".

Among these, 64 have declared charges related to kidnappings. Of them, 17 belong to various political outfits while 4 are independents.

The BJP tops the list with 16 while the Congress and the RJD are at a distant second with six each.

One each from the Lok Janashakti Party, the JD-U, the TRS and the the Nishad Party in Uttar Pradesh are also in the list.

Of the MLAs with declared charges related to kidnapping, the highest number -- that is nine each -- are from Bihar and Uttar Pradesh, followed by eight from Maharashtra, six from West Bengal, four each from Odisha and Tamil Nadu, three each from Andhra Pradesh, Gujarat and Rajasthan and one each from Chhattisgarh, Himachal Pradesh, Jharkhand, Karnataka, Kerala, Punjab and Telangana.