A police source said that all four babies "sold" so far were from the Nirmal Hriday located at Jail Road in Ranchi in the last one year. The three rescued children have been sent to a shelter home, while search for the fourth child is still on, the source said. 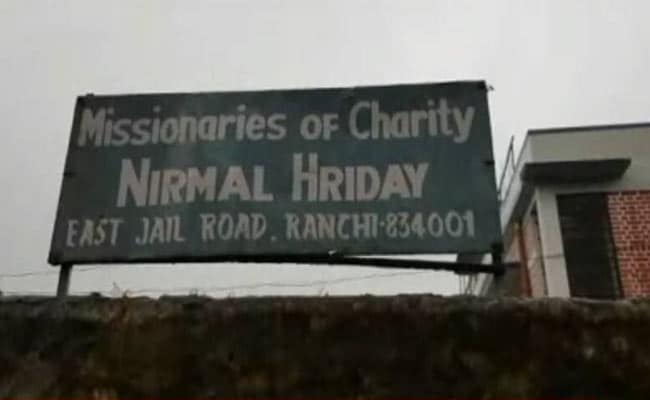 So far, four children have allegedly been sold by Missionaries of Charity-run 'Nirmal Hriday' in Ranchi

Police have rescued one more child, allegedly sold by a Ranchi shelter home run by Mother Teresa-founded Missionaries of Charity, from Jharkhand's Simdega district, taking the total number of rescued children to three.

"Of the four children allegedly sold (by the shelter home), the third child was rescued today from Simdega. A few people have been detained for questioning in this regard," Ranchi Senior Superintendent of Police Anis Gupta said.

He said search for the fourth child was on.

The police said they came to know about the child from Simdega after questioning the two people arrested in the case.

A police source claimed that all four babies were sold from the Nirmal Hriday located at Jail Road in Ranchi in the last one year. The three rescued children have been sent to a shelter home, the source said.

The 'racket' came to light after a woman employee and the in-charge of the local Nirmal Hriday were arrested on the charge of selling a child born to a minor inmate of the shelter home earlier this month.

The arrests were made following a complaint by Rupa Verma, the chairperson of Ranchi Child Welfare Committee.

A couple from Uttar Pradesh had approached Ms Verma, saying that the Nirmal Hriday took away a child they had been given in May against a payment of Rs 1.2 lakh.

The source said that another baby, allegedly sold by the same Nirmal Hriday, was rescued from Morabadi area of Ranchi on July 8.