A video is going viral on social media which shows a thief breaking into dance after robbing a hardware shop. 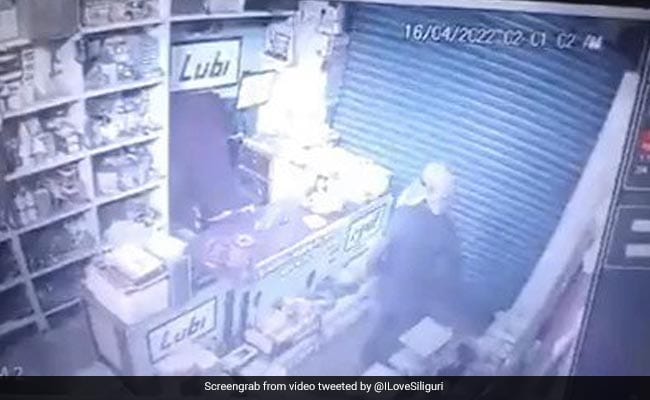 A thief breaking into dancing after robbing a hardware shop.

A video is going viral on social media which shows thief breaking into dance after robbing a hardware shop. The incident took place in Uttar Pradesh's Chandauli, near the residence of a Superintendent of Police, on Saturday.

Thief started dancing inside the shop after stealing from a hardware shop in Chandauli, Uttar Pradesh.

Did he loot a big amount or did his phone rang? ???? pic.twitter.com/mBKQPKiWWu

A CCTV installed inside the shop captured the entire incident, which took place last week. The footage shows the thief entering the store with his face covered, stealing what he wants, dancing, and then sneaking away.

Local publications quoted shop owner Anshu Singh as saying that the thief picked up all the cash and also stole goods worth thousands of rupees. The crime was revealed when Singh opened his shop after seeing the broken shutter and went through the CCTV footage.

CCTV cameras are usually installed for safety reasons, and to scare thieves, but this man didn't care at all. As soon as he spotted a CCTV camera inside the shop, he started dancing.

A similar incident happened in October 2018 in Ahmedabad where a thief from a gang of five was caught dancing in a CCTV footage after committing the offence, while others left the place immediately. They robbed a flat in Sargasan village of Gandhinagar and took ornaments worth Rs 1.81 lakh, according to the police.

These were the incidents that took place inside a closed space, but last year, a viral video from the street of Birmingham, England, shocked the internet. The incident took place in July 2021 when a thief broke in an impromptu dance to distract a woman and slipped away with her Rolex watch. He struck again, trying to take a man's watch but failed.