"They Threatened My Children": Ex-Ranbaxy Promoter's Wife On Tihar Conman

In her complaint to the police, Aditi Singh said she had paid Rs 200 crore between June 2020 and 2021 in 30 installments. She was told that the money was to paid to the BJP party funds and central ministers Amit Shah and then law minister Ravi Shankar Prasad was on her side. 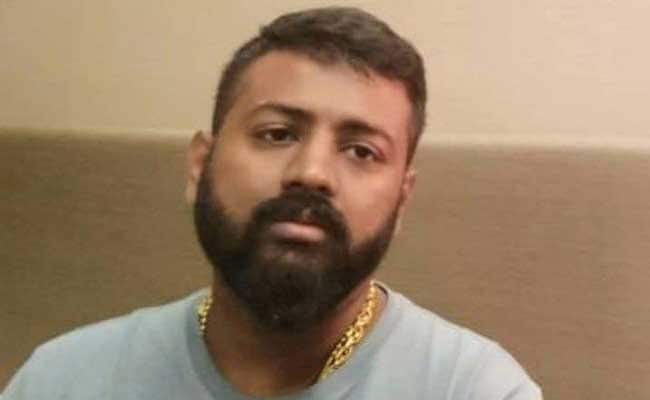 Sukesh Chandrashekhar,  a conman who ran his business from  behind the bars of Delhi's Tihar Jail, has amassed property worth crores. Rs 200 crore of it has allegedly been extorted from Aditi Singh, the wife of former Ranbaxy promoter Shivinder Singh, purportedly to ensure his bail. Shivinder Singh and his brother Malvinder Singh have been in jail since October 2019 in a fraud case.

The police said at various times, the conman had posed as an official calling from the Prime Minister's Office or the Home Ministry or the Law Ministry and liberally invoked ministers' names to dupe people.

In her complaint to the police, Ms Singh said she had paid Rs 200 crore over 11 months since June 2020 in 30 installments. She was told that the money was to paid to the BJP party funds and central ministers Amit Shah and then law minister Ravi Shankar Prasad was on her side.

Aditi Singh said the first call came from a woman who said "law secretary Anoop Kumar" would like to speak with her. The "Law Secretary" said he had "orders from above" to help her husband in view of the Covid situation.

"After this, he called again and said he was on speaker phone and had Home Minister Amit Shah with him," Aditi Singh said in the complaint.

After this, "Anoop Kumar" called again. Phone id app Truecaller indicated that the number belonged to advisor PK Mishra in the Prime Minister's Office. The police are yet to figure out how he fudged the technology.

After several such calls with "Anoop Kumar" and "under-secretary Abhinav", they demanded money -- Rs 20 crore for the BJP's party fund. They wanted the matter to be kept confidential, since "intelligence agencies were watching".

Initially they asked that the money be sent abroad, but later a man calling himself Rohit and a woman came in a sedan car and collected the money. They did this several times over the following months.
"Anoop Kumar" then demanded Rs 30 crore and said the "party is happy" with Aditi Singh.

"These people used to scare me, threaten me. So slowly, I gave them 200 crores, using my jewellery, investments and other assets. Even then, the threats continued. They pointed to my children studying abroad and said they would settle scores with them," Aditi Singh said in her complaint.

Gradually the callers started to contact other members of the family on social media.

One day the callers said Home Secretary Ajay Bhalla wanted to talk. After speaking with the so-called official, Ms Singh realised that all of them spoke in a south Indian accent and it occurred to her that the whole issue might be a scam.

Police said the money extorted from Aditi Singh and the wife of former Fortis Healthcare promoters Malvinder Singh, went towards the purchase of an extravagant sea-facing bungalow in Chennai.

The lavishly furnished bungalow has a racing car displayed in the living room - a Mercedes Benz 300 SLR apparently from the Mille Miglia race of 1955.

The conman and his partner-in-crime Leena Marie Paul -- a small-time actor -- had a stable of imported cars -- a Rolls Royce Ghost, a Bentley Bentayga, a Ferrari 456 Italia, one Lamborghini Urus, an Escalade, and a Mercedes AMG 63.

According to sources in the CBI, Enforcement Directorate and Delhi Police, the couple have 23 cheating cases against them across the country.