The Rahul effect: subsidised cylinders to be raised to 12 per year, says Veerappa Moily 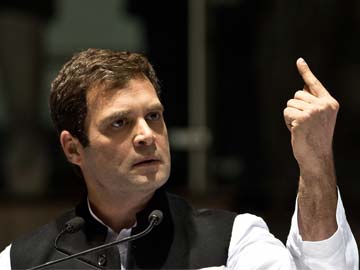 New Delhi: The government today announced that it would raise the quota of subsidized cooking gas, making an important concession ahead of the national election, moments after Rahul Gandhi forcefully raised the demand at a Congress party platform.

Shortly after he finished speaking, Oil Minister Veerappa Moily announced that the quota of subsidised cylinders would be raised from nine to 12, a move that will cost the government an extra Rs 3300-3500 crore a year.

Asked who would bear the cost, Mr Moily told NDTV, "Leave this to us, we will do it and handle it."

Two weeks ago, the minister had said that there was no such proposal to raise the subsidy cap, though several Congress leaders and chief ministers had raised the demand.

The party has been asking its government to increase cooking gas subsidy ahead of the polls, assessing that reducing the limit of cheaper cylinders cost them heavily in recent state polls. The Congress lost was routed in four key states; it lost power in two of them.

Promoted
Listen to the latest songs, only on JioSaavn.com
Mr Gandhi had met Prime Minister Manmohan Singh last Friday to press for what the party believes would be a major step to win back middle class voters who are seen to have turned away from the Congress due to the rising cost of living, aggravated by reduced fuel and cooking gas subsidies.

The government had capped the supply of subsidised cooking gas cylinders to six per household per year in September, 2012. This was later raised to nine cylinders in January last year.