5 Demands Of Farmers Who Marched 180 Km To Mumbai 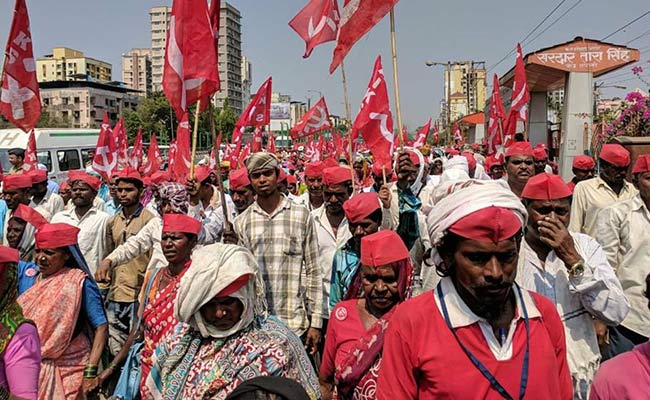 Mumbai: Farmers' fury has spilled onto the streets of Mumbai. Over 50, 000 distressed farmers lead by the All India Kisan Sabha (AIKS) marched 180 km, braving the heat, from Nashik to Mumbai, in five days. Angry farmers are demanding answers from the government over several long pending demands. Farmers say they will put their demands directly before the lawmakers while the Maharashtra Assembly session is on. While the government is under pressure over the unprecedented silent 'long march' of farmers in the pre-election year, other political parties including the Shiv Sena, a miffed NDA ally, has come out openly in strong support of the farmers. The 'sea of red' marching through localities have caught the people's imagination and many can be seen talking to farmers and clicking selfies with them.

Here are the top 5 demands of the farmers: