The Ladakh Stand-Off Between India And China Explained In Maps, Pictures

Chinese and Indian patrols frequently cross paths in this area of dispute but in most cases, soldiers of both sides retreat after performing a 'banner drill' where each side asserts its claim to the disputed area.

The stand-off in Eastern Ladakh is in at least five key areas where India and China have had traditional differences on the perception of the Line of Actual Control or LAC in the region. The present tension between the two sides came into sharp focus when reports of skirmishes between the soldiers of both sides were reported in the Pangong Lake region on May 5 and May 6. These skirmishes saw officers and men of the Indian Army injured after they were reportedly surrounded by Chinese soldiers who brutally assaulted them with batons. Chinese and Indian patrols frequently cross paths in this area of dispute but in most cases, soldiers of both sides retreat after performing a 'banner drill' where each side asserts its claim to the disputed area. 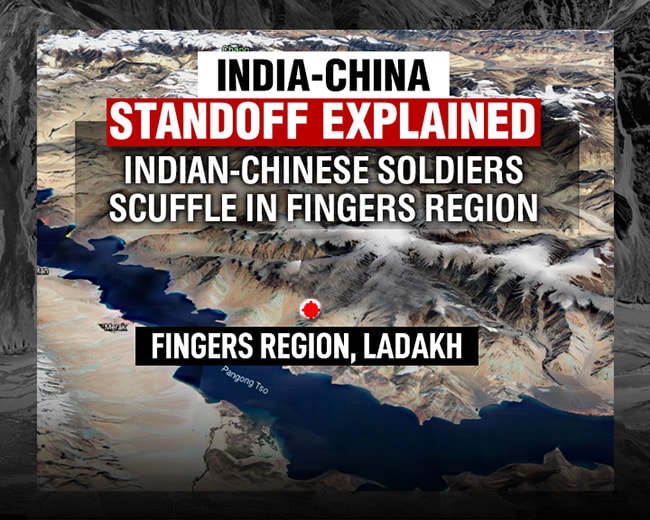 Since the clashes in the Pangong Lake, there have been multiple reports of intrusions by Chinese infantry soldiers in areas which include Demchok to the South, the Fingers region on the Eastern banks of the high-altitude Pangong Lake, the Galwan River basin and more recently the Gogra post. There have also been some reports of increased Chinese activity to the North, towards the Daulat Beg Oldie area.

Daulat Beg Oldie features an Air Landing Ground (ALG) of the Indian Air Force, a rough landing strip where C-130 Hercules transports have been filmed operating in support of troops deployed in the area. The strip is critical to sustain Indian operations in the region, particularly in the winter when road access gets cut off because of heavy snowfall, particularly along passes. The Daulat Beg Oldie airstrip also enables Indian armed forces to speedily move in reinforcements and weapons including artillery guns into the region. 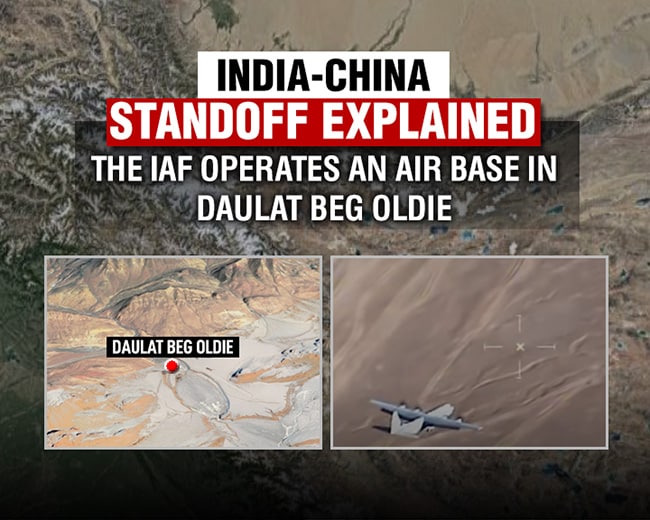 The central bone of contention appears to be the construction of an Indian road which links Dubruk in the South with Daulat Beg Oldie to the North. The road, completed last year is a significant infrastructure project in a contested region where India has struggled to match Chinese road-building activity. 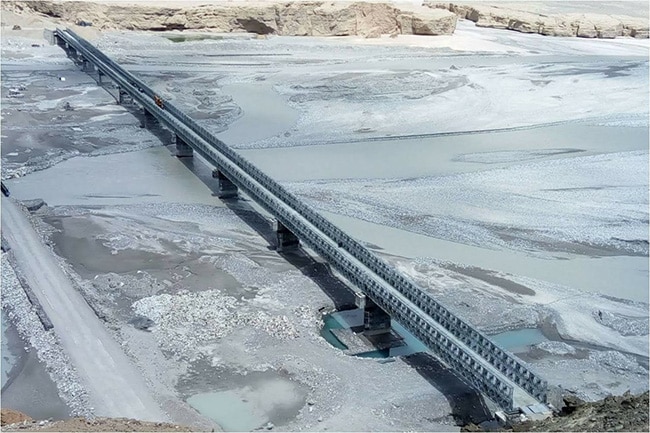 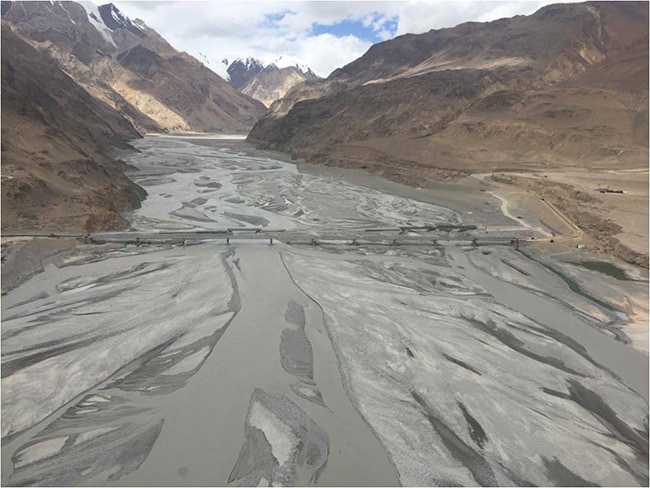 In October last year, Defence Minister Rajnath Singh inaugurated the Col Chewang Rinchen Setu. At an altitude of nearly 15,000 feet, this is India's highest altitude all-weather bridge, a development that clearly did not go unnoticed by Chinese forces. Large tracts of this road run parallel to the Shyok River, not too far from the Line of Control in the Sub Sector North region of Ladakh.

One such area where the road runs close to the LAC is the Galwan River basin. This river flows into the Shyok and believed to be the site of a Chinese incursion though the exact number of PLA soldiers who have entered areas traditionally held by Indian forces remains unknown. Satellite images released by open source satellite experts indicate the presence of Chinese tents near the road close to the Galwan River basin. 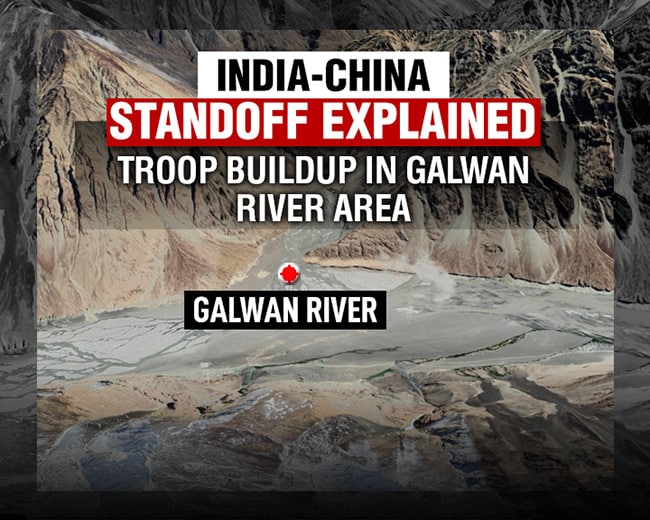 To the Southeast of the reported face-off site along the Galwan river is the frontline Indian post of Gogra, located near the Line of Actual Control. Sources indicate that a Chinese build-up of forces has taken place close to this post, though it is likely that the build-up is presently located on the Chinese side of the LAC. The Indian Army, which has chosen not to speak on record on the Chinese incursions, has not indicated the nature of the Chinese build-up here and whether artillery or armour (tanks) has been moved to this region. 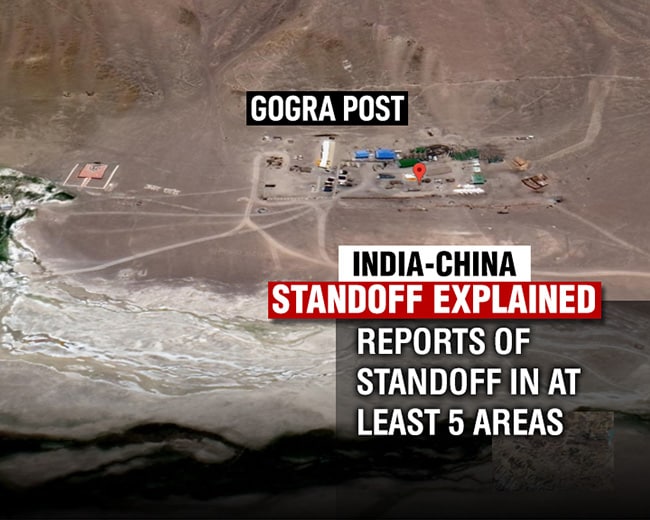 The southern-most area of dispute presently in Ladakh is the Demchok region. Reports have suggested the movement of Chinese heavy equipment in the region though details of this are not clear. 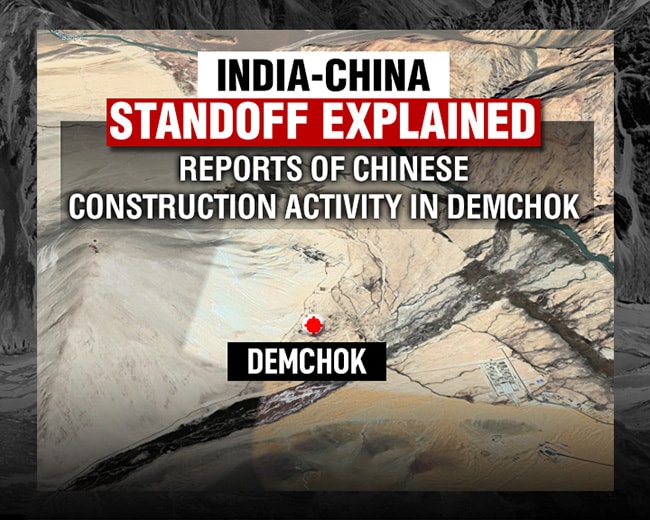 On Thursday, the Ministry of External Affairs in a statement said, "the two sides have established mechanisms both at military and diplomatic levels to resolve situations which may arise in border areas peacefully through dialogue and continue to remain engaged through these channels." At the same time, the government asserted that "we remain firm in our resolve to ensuring India's sovereignty and national security."