Rohan Murty owns 1.45% of Infosys, whose market value is about $80 billion, making him the second-largest individual shareholder of the outsourcing giant founded by his father Narayana Murthy. 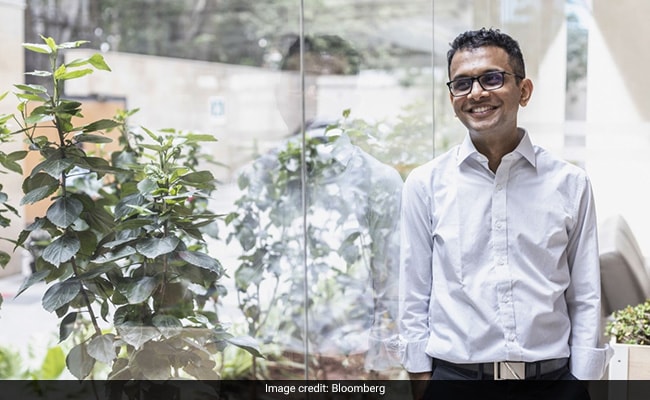 Rohan Murty saw his father build Infosys Ltd. into one of India's national champions by pioneering a novel strategy of outsourcing technology services. Now the 39-year-old is attempting a no less daunting task of using data to make white-collar workers more efficient.

The company collects data to study patterns of how workers use software across teams and suggests fixes to iron out kinks, boost productivity and reduce costs. The solutions can be better technology, automation, standardization and preventing repetition of tasks.

The startup, based both in Boston and Bangalore, gets a real-time view of how people in teams get work done by using machine learning. Customers include drugmaker Bayer AG, engineering giant Robert Bosch GmbH, candy and petfood maker Mars Inc. as well as some Wall Street banks and global online retailers.

"The manufacturing industry built and refined processes to make blue-collar work more efficient but the digital age has no parallel," founder and Chief Technology Officer Murty said in an interview recently in Bangalore. "Soroco has built the white-collar equivalent."

He's hardly the first one to come up with the concept, which is dubbed task mining in industry parlance. Giants such as Microsoft Corp., International Business Machines Corp. and SAP SE all have similar offerings and have struggled to make much of a dent in the daily inefficiencies of white-collar work.

"It's common to see the management pitted against the team doing the work," said Mr Murty, who earned a bachelor's degree from Cornell University and a doctorate from Harvard University, both in computer science,. "Soroco helps align both toward a common goal."

In one example, a global pharmaceutical firm faced complaints from customers about delays in handling orders, rebates and returns. Soroco says its machine-learning software detected steps along the way that required a significant amount of manual work and recommended automation across multiple locations. That cut the processing time by 75%, resulting in a steep reduction in complaints, according to the startup.

Mr Murty teamed up with Arjun Narayan, a computer scientist from Massachusetts Institute of Technology and George Nychis, a PhD from Carnegie Mellon University to create Soroco in 2014. The startup is seeking to expand at a time when the pandemic has hastened the proliferation of digital devices and apps used by more than half-a-billion office workers around the world.

Mr. Murty estimates that people interact with work-related software roughly 70 times as often as they do with leading social networks.

Besides formidable competition, Soroco could also face internal resistance from employees who feel threatened by the scrutiny of how they work, according to Amardeep Modi, a vice president at researcher Everest Group. Addressing such concerns, Soroco says the whole exercise is anonymous and carried out without compromising the privacy of individuals.

Most companies obsess over the wrong kind of workplace questions -- like the number of days employees work from home or office -- said Sandeep Dadlani, who was until last month the chief digital officer at Mars.

"Any technology capability that allows enterprises to empathize with and understand how employees work, can help frame the productivity problem better, make life better for teams and at scale," said Dadlani, now the chief digital and technology officer at health-care conglomerate UnitedHealth Group Inc.

Mr Murty owns 1.45% of Infosys, whose market value is about $80 billion, making him the second-largest individual shareholder of the outsourcing giant founded by his father Narayana Murthy. Murty's sister Akshata, a billionaire herself, is married to the newly elected British Prime Minister Rishi Sunak.

Soroco, with about 250 employees and 40 patents, isn't in a hurry to seek external funding yet, Mr Murty said, adding its customer base tripled in the past year.

--With assistance from Ben Stupples.