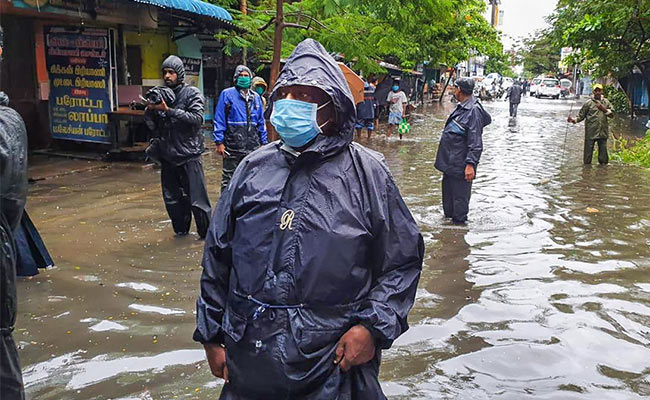 The estimated loss to agriculture and other sectors due to cyclone Nivar has been tentatively put at Rs 400 crore and a full assessment is being made, Puducherry Chief Minister V Narayanasamy said today after visiting localities affected by the cyclonic storm when it made landfall in the early hours.

Paddy crops over an extent of 820 hectares besides vegetables on 200 hectares, sugarcane on 170 hectares, 55 hectares of banana crop and betel leaf cultivated on seven hectares had been severely hit by the torrential rains, the chief minister said.

Puducherry administration would seek an interim relief of Rs 50 crores from the Centre, he said.

A full assessment was being made by the departments on the total quantum of loss in farm and other sectors although it had been estimated tentatively that the loss would be Rs 400 crore, Mr Narayanasamy said.

He expressed relief that "Nivar" had caused no big loss and there were no deaths.

"I thank the Almighty for saving Puducherry from the fury of the cyclone," he said appreciating the team work of all departments, the NDRF team and defence personnel.

Water was drained from low lying areas and various housing colonies using pumps. All trees that were uprooted under the strong winds were being removed, the chief minister said.