Telangana state will be born on June 2 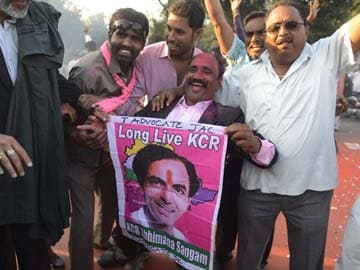 The Parliament gave its approval on February 20 for the creation of Telangana by bifurcating Andhra Pradesh.

New Delhi: Telangana, the country's 29th state, will be born on June 2 and start functioning from that day.

A Home Ministry spokesperson said tonight that the Foundation Day of the new state will be June 2 when Telangana will come into existence and start functioning as a separate state.

The central government has already issued a gazette notification on the formation of the 29th state of the country.

This came after Parliament gave its approval on February 20 for the creation of Telangana by bifurcating Andhra Pradesh.

The declaration of the "Appointed Day" or the foundation day came a day before the Election Commission's proposed announcement of the schedule of the general election.

The Election Commission may announce a separate schedule for assembly elections in Telangana and residuary Andhra Pradesh.

Hyderabad will be the joint capital of the two states for 10 years.

The Union Cabinet had on Sunday given its nod to accord special category status to the residuary state of Seemandhra for five years.

The central government's proposals for the residuary state include a six-point development package for Seemandhra like tax incentives among other concessions.

Promoted
Listen to the latest songs, only on JioSaavn.com
The Centre has also imposed President's rule in Andhra Pradesh after the resignation of Chief Minister N Kiran Kumar Reddy.