Telangana: 122 days for the birth of a new state 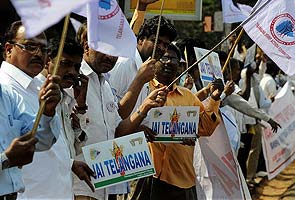 New Delhi: The government has given its nod to the Telangana region of Andhra Pradesh becoming India's 29th state. (Read)

The government's timeline for the creation of the new state involves an elaborate process, which has been allotted a 122 days, or at least four months:


The five-decade struggle for a Telangana state was forced onto the contemporary national agenda in 2009 by the Telangana Rashtra Samithi or TRS, headed by K Chandrasekhara Rao. He fasted for 10 days, triggering huge rallies of support.

Promoted
Listen to the latest songs, only on JioSaavn.com
In response, in December 2009, in a surprise announcement, the Centre said it was sanctioning statehood. But within days, the government backtracked as violent protests erupted in the other two regions-Coastal Andhra Pradesh and Rayalaseema.