"There's atmosphere today where they want to scrap Baba Saheb's (BR Ambedkar) constitution and implement 'Nagpur laws'. People have welcomed the step taken by Mayawati-ji and Akhilesh-ji. The BJP will be whitewashed in Uttar Pradesh and Bihar. They won't win even one seat in Uttar Pradesh. The SP-BSP alliance will win all seats," Tejashwi Yadav told news agency ANI.

He also welcomed the "grand alliance" in Uttar Pradesh between Mayawati's Bahujan Samaj Party (BSP) and Akhilesh Yadav's Samajwadi Party (SP) -- in which both the parties agreed to contest in 38 seats each. He said his father, RJD chief Lalu Yadav, had always talked about a Bihar style alliance of regional parties to defeat the BJP.

A grand alliance of regional parties -- chiefly the RJD and Nitish Kumar's JDU-- had defeated the BJP in the Bihar assembly election. Mr Kumar, however, ended the alliance over corruption allegations against Lalu Yadav and his family. He later formed a government in Bihar with support from the BJP. 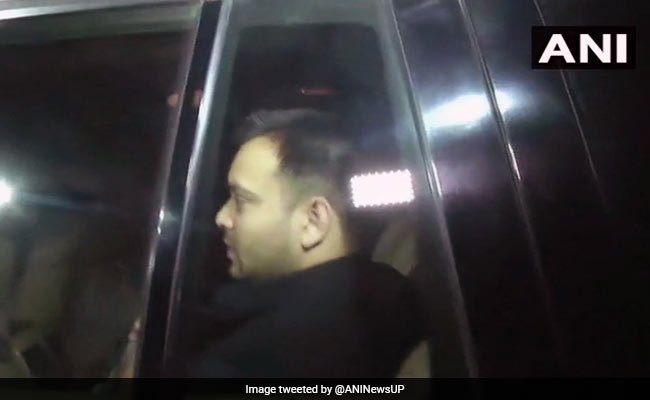 Tejashwi Yadav is the leader of opposition in the Bihar assembly.

Mayawati and Akhilesh Yadav has left the Congress out of their alliance in Uttar Pradesh, leaving only Amethi and Raebareli seats for the Rahul Gandhi party.

Reacting on the decision, Senior RJD leader Raghuvansh Prasad Singh said on Sunday said that exclusion of Congress was wrong and not a good sign for future alliances at national level.

"This (SP-BSP alliance excluding Congress) is not good. They have stitched an alliance leaving the Congress out. The grand alliance should be formed with Congress," PTI quoted him as saying.

The Congress was in talks with regional parties, including Mayawati and Akhilesh Yadav's party. The opposition block put of shows of strength on several occasions, but rifts surfaced after DMK chief MK Stalin proposed the name of Rahul Gandhi as the prime ministerial candidate of the parties.

The Congress had a fallout with Mayawati's party over seat sharing in Madhya Pradesh. Mayawati later gave outside support to the party in the state. Akhilesh Yadav, who also supported the Congress, was miffed after government formation when his lone MLA was not included in Kamal Nath's council of ministers.