Anurag Kashyap and Taapsee Pannu are outspoken critics of the government and have lent their voice to various causes, including the ongoing farmer protests against central laws. 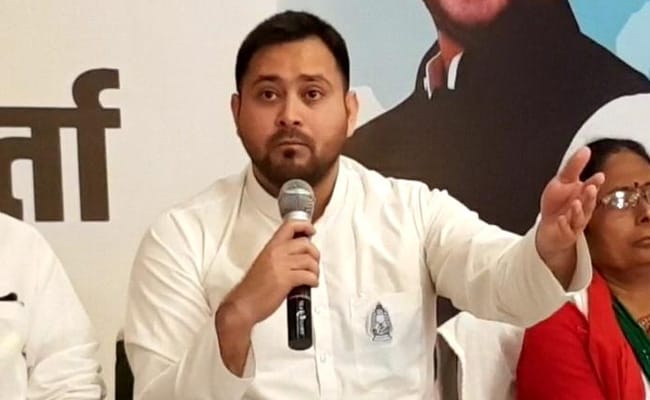 Bihar politician Tejashwi Yadav on Wednesday lashed out at the government for the Income Tax Department's raids on director Anurag Kashyap and actor Taapsee Pannu, among the biggest critics of Prime Minister Narendra Modi's administration in Bollywood.

They first employed IT, CBI, ED to conduct raids on vocal & upright political rivals for their character assassination.

The searches are being carried out in over 30 locations in Mumbai and Pune, officials said. Some executives of celebrity and talent management company KWAN are also being raided.

The action is part of a tax evasion probe against Phantom Films, which was dissolved in 2018, and its then promoters Mr Kashyap, director-producer Vikramaditya Motwane, producer Vikas Bahl and producer-distributor Madhu Mantena, they said.

Sources said some inter-linked transactions between the entities searched are under the scanner of the department and the raids are aimed at gathering more evidence to further probe tax evasion allegations.

Phantom Films was dissolved in 2018 following Vikas Bahl being named in an incident of alleged sexual misconduct.

The searches against Mr Mantena are also being carried out in the context of his links with KWAN, of which he was a co-promoter, sources said.

Both Mr Kashyap and Ms Pannu are outspoken critics of the government and have lent their voice to various causes, including the ongoing farmer protests against central laws.