According to sources, the Tejas fighter perfectly replicated computer simulations of mid-air refuelling which have been carried out on the ground. 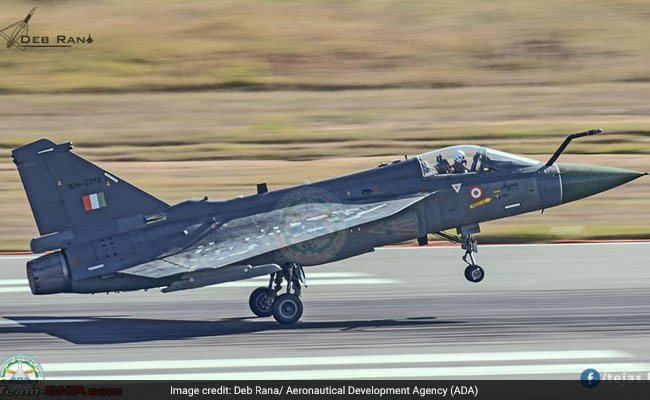 In a big step in its development cycle, a made-in-India Tejas fighter jet today refueled mid-air from an Indian Air Force tanker aircraft for the first time.

The sortie, flown by test pilot Group Captain Rajeev Joshi of the National Flight Test Centre, is a key step in expanding the range of the single engine fighter for it to receive its Final Operational Clearance (FOC) certificate.

The test conducted on Tuesday, shortly after 1 pm, involved a 'dry' link up. In other words, there was no fuel which was actually exchanged between the Indian Air Force Il-78 tanker and the Tejas fighter through its air-to-air refuelling probe. Nine further tests will be conducted to validate this capability including 'wet' tests when fuel is transferred from the tanker to the fighter. The air-to-air refuelling probe of the Tejas has been designed by the international aerospace systems major Cobham.

According to sources, the Tejas fighter perfectly replicated computer simulations of mid-air refuelling which have been carried out on the ground by engineers associated with the Tejas programme. 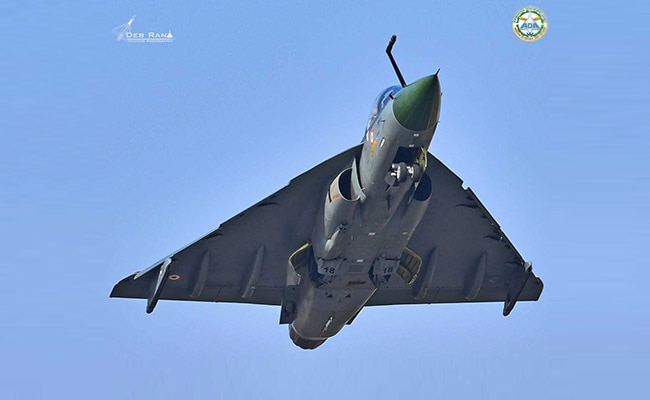 There are still a handful of development strides that the Tejas needs to achieve to be the multi-role jet the Indian Air Force seeks.

The Indian Air Force (IAF) currently operates nine Tejas fighters built to an Initial Operating Clearance (IOC) standard. These jets are being flown by No. 45 Squadron, the Flying Daggers, based at Sulur Air Force Station in Tamil Nadu.

The IAF has 40 Tejas Mk1 fighters on order and will acquire another 83 Tejas Mk-1A fighters which will be more capable than the handful of fighters which have been developed. Recently, Hindustan Aeronautics Limited (HAL), which manufactures the jet, has said the cost of each Tejas Mk-1A will be Rs.463 cores, a figure which is being reviewed by the Ministry of Defence, before a contract is signed.
A more sophisticated variant of the jet, the Tejas Mk-2 is also under development but is unlikely to fly before 2022.  Simultaneously, 2 Navy prototypes of the Tejas are also being tested.  These will conduct trials off the deck of the Indian Navy's aircraft carrier, INS Vikramaditya, by the end of the year.  If these tests are successful, a more advanced variant of the Navy Tejas may be cleared for production to fly off India's aircraft carriers.

There are still a handful of development strides that the Tejas needs to achieve to be the multi-role jet the Indian Air Force seeks.  Though Israeli built Derby air-to-air missiles have been successfully integrated onto the Tejas, the jet still needs to integrate a Russian built GSh-23 gun besides expanding its flight envelope.  Simultaneously, the Tejas needs to be more easy to maintain, a process that engineers at Hindustan Aeronautics are working on. Pilots at the National Flight Test Centre will also be testing the Tejas's low-speed recovery system, a safety feature designed to automatically increase thrust to the engine in the event that the fighter is flown at close to the speed at which it can stall mid-air.