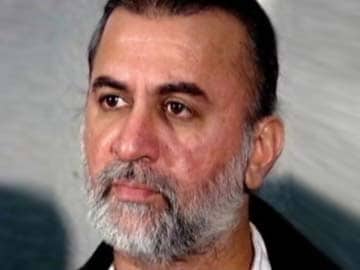 Goa: Rejecting Tehelka news magazine founder Tarun Tejpal's anticipatory bail plea, a court in Goa today ruled that the material on record prima facie indicate that he is involved in committing acts which constitute offences of custodial rape and outraging the modesty of the woman.

"The statement of the victim and the documents in the form of emails etc., details of which need not be reproduced here, prima facie indicate that the applicant, who was her mentor and father figure, had not only outraged her modesty but had misused his position, betrayed her trust and violated her body," District and Sessions Judge Anuja Prabhudesai observed in her 25-page order. (Tarun Tejpal arrested in Goa on rape charges)

Referring to various judgements of the Supreme Court, Judge Prabhudesai said the question for her determination was whether Tejpal is entitled to bail. "The answer to which in my considered view is nothing but in the negative", she said.

The material on record prima facie indicated that on November 18, a week after an event in Goa, the victim had sent an email complaint to the Managing Editor of Tehelka, Shoma Chaudhury, complaining of sexual assault by Mr Tejpal on November 7 and 8 in the hotel lift.

The judge said though there was delay in reporting the matter to the magazine's Managing Director, it was not material at this stage. "It has to be borne in mind that delay in lodging the report is not necessarily fatal and can always be explained. The yardstick of unexplained delay in filing an FIR, which usually goes in favour of the accused, cannot be applied in cases involving sexual offences," she said. (10 excerpts from the court order)

"The victims of such crime undego physical as well as mental trauma and humiliation. Their reputation, dignity, honour, future prospects and financial security are at stake and often the victims and their family members are subjected to social ridicule," the court order said.

"These circumstances often lead to delay in reporting the incident. Consequently, in my considered view, the veracity of the complainant or the statement of the victim cannot be
doubted on the ground of delay," the judge said.

The court observed that the statements of the colleague of the victim prima facie indicate that she had informed them about the incident on the same day.

Though such corroboration is not strictly necessary, the statement of her colleague prima facie corroborates her version, which at this stage need not be sieved, sifted, weighed and appreciated, the court order said.

The judge said the email correspondence on record prima facie indicate that Mr Tejpal had not disputed the incident. The initial correspondence further indicated that he was aware that the woman journalist was not a consenting party but it was only at a later stage that he had changed his version, apparently for obvious reasons, the court said.

"Under the circumstances, the applicant cannot be heard to say that the subsequent conduct of the victim is contrary to the allegations made in the complaint to the Managing Editor and the insinuations that the victim was a consenting party or that the alleged act was only a lighthearted bantering cannot be accepted," the judge said in her order.

Promoted
Listen to the latest songs, only on JioSaavn.com
The 50-year-old Tehelka founder was formally taken into custody at the Crime Branch headquarters in Dona Paula where he had been waiting for the court order for three-and-a-half hours since 4.30 pm today.

Mr Tejpal's wife, daughter, brother and his friend Sanjay Roy came out of the police outpost once he was placed under arrest. He has been taken for the mandatory medical test.