This comes freshly after chief minister Hemant Soren sought three weeks' time from the Enforcement Directorate (ED) to appear before the agency for his questioning in the illegal mining case. 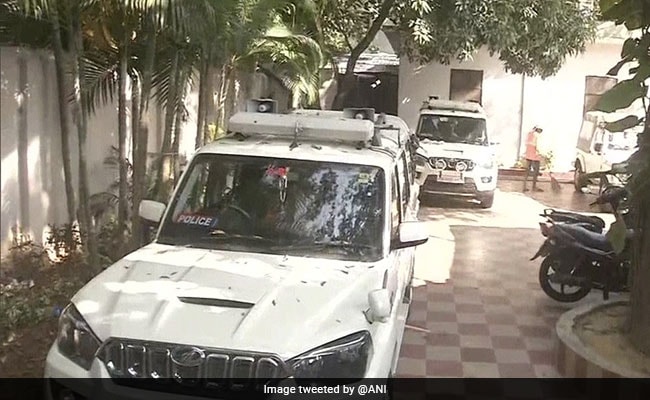 The raids come after chief minister Hemant Soren sought time to appear before the ED.

This comes freshly after chief minister Hemant Soren sought three weeks' time from the Enforcement Directorate (ED) to appear before the agency for his questioning in the illegal mining case.

ED had sent a notice to Chief Minister Soren and was asked to come to the zonal office of the agency on Thursday to answer the agency's queries, however, he did not turn up and sent a time petition to the federal agency.

As per sources, the ED has not given any response as to when the agency intends to call him in the wake of the request made by him.

Hemant Soren on Thursday challenged the ED to arrest him instead of sending summons to him for questioning.

Mr Soren was to appear before the ED in its regional office in Ranchi on Thursday but he skipped his visit.

Addressing the Jharkhand Mukti Morcha (JMM) workers outside his official residence before leaving for Raipur to attend a tribal festival being organized by the Chhattisgarh government, Soren urged his party workers to be prepared for a long political fight against the Bharatiya Janata Party (BJP).

"I have been summoned by ED today when I already have a programme in Chhattisgarh today. If I have committed a crime that big, come and arrest me. Why the questioning?... Security near the ED office has increased. Why, are you scared of people of Jharkhand?" said Mr Soren, amidst heavy sloganeering in support from his party workers.

Mr Soren said the federal agency, as a part of a larger conspiracy to destabilize his government which got a historic mandate in 2019, is trying to intimidate them by showing muscle power.

Urging his workers to be ready for a political fight, Mr Soren said they need to go back to villages and expose the "conspiracy of the BJP" to destabilize their government.

Mr Soren also gave a call to the Adivasis of Gujarat to ensure that the BJP loses all tribal seats in the upcoming assembly elections.