The policy-making body for the Income Tax Department said in a statement issued in Delhi that Rs one crore cash and foreign currency worth nearly USD 14,000 have been seized so far. 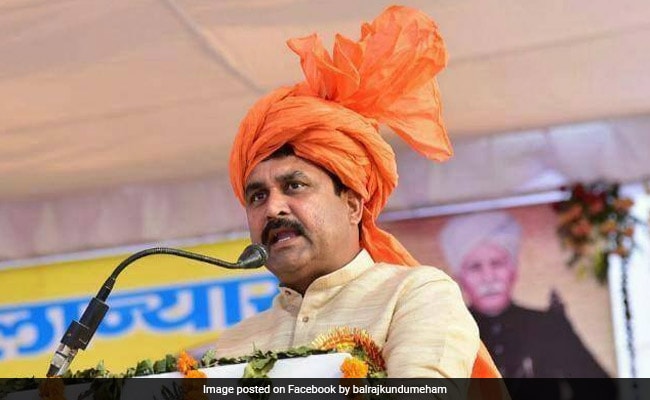 The Income Tax Department on Thursday raided offices and residences of Haryana's Independent MLA from Meham, Balraj Kundu, in Rohtak, with the CBDT saying in the late evening it has detected alleged tax evasion of around Rs 125 crore during the action.

The policy-making body for the Income Tax Department said in a statement issued in Delhi that Rs one crore cash and foreign currency worth nearly USD 14,000 have been seized so far.

It said a total of 20 premises were searched in the action against a Gurgaon-based real estate company, its promoters, directors and other group companies.

The company, it said, is in the business of government contracts specialising in construction of roads, highways, bridges and runways, real estate development and residential complexes.

"Fifteen lockers have been detected and have been placed under restraint. The search is continuing and further investigations are in progress," the Central Board of Direct Taxes (CBDT) said.

While the statement did not name the entity searched by the tax sleuths, official sources identified them as businesses linked to Mr Kundu.

Officials in Chandigarh said a residential building linked to the MLA's relatives in Hisar district and another one in Gurgaon connected to the legislator himself were searched as well.

"The search has yielded evidences of bogus long term capital gain of Rs 25 crore in the names of the main promoter and family members in the year 2012-13 and 2013-14, on which no tax has been paid," the CBDT said.

"The search has also established that bogus expenses in the form of sub- contracts to the tune of Rs 100 crore have been claimed by the group, to reduce its taxable income," it added.

The parties in whose names such expenses were booked, the CBDT alleged, were found to be unaware of the transactions and denied any such services done by them.

"This amount of Rs 100 crore has been routed back to the group companies as share capital and share premium.

"Many incriminating papers and documents showing receipt and payment of crores of rupees of cash in sale of residential units and purchase of properties have been recovered during the course of the search," the CBDT said.

The statement claimed that documents of "benami" properties have also been recovered during the raids.

Mr Kundu, a vocal supporter of the ongoing farmer''s agitation against the new central farm laws, had in February, 2020 withdrawn support to the M L Khattar dispensation in Haryana, saying he was "deeply hurt" with the government giving "clean chit" to those involved in the alleged corruption in sugar which he had flagged.

The Haryana Police, in October 2020, had booked the MLA and three other people in a cheating case. The FIR was registered in Gurgaon based on a complaint from a resident of the city, the police had said.

The MLA had then hit back, saying the FIR, like another one lodged against him in January 2020, was due to "political considerations" and that he had been raising his voice against the BJP-led government in Haryana on various issues.

The state police had in January 2020 booked Kundu and his brother Shivraj for allegedly cheating a Rohtak resident. When the case was registered, Kundu had claimed that he was being framed in the case due to political vendetta at the behest of a BJP leader and former minister from the state.

The MLA, who runs a construction company along with his brother, did not take calls.