A lawyer representing Tata Sons Pvt. informed the Supreme Court of the offer to purchase the 18% stake owned by the cash-strapped Shapoorji Pallonji Group. 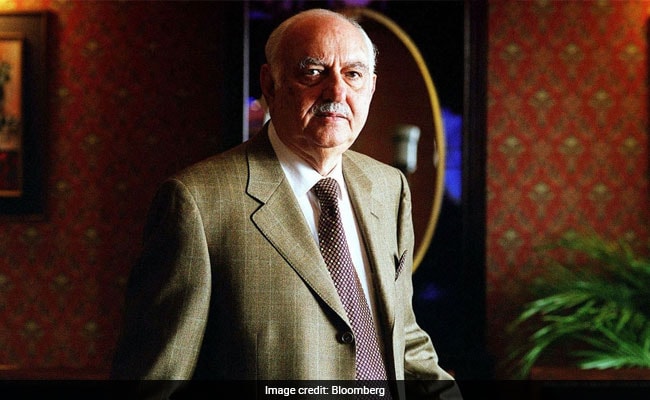 Tata Group, India's biggest conglomerate, said it's open to buying out the stake held by its largest minority shareholder -- the billionaire Mistry family -- as part of a proposal to help end a years-long legal dispute between the two parties.

A lawyer representing Tata Sons Pvt. informed the Supreme Court Tuesday of the offer to purchase the 18% stake owned by the cash-strapped Shapoorji Pallonji Group if the latter needed to raise money for paying maturing debt. The SP Group instead wants to borrow funds using the shares as collateral, a move Tata considers as potentially risky because the securities may end up falling in the hands of unfriendly investors.

The top court on Tuesday barred the Mistry group from pledging or selling any Tata shares until October 28, when it starts hearing final arguments in the case.

The Shapoorji Pallonji Group, controlled by tycoon Pallonji Mistry and his family, owns about 18% of closely held Tata Sons, the holding company of the $113 billion software-to-cars Tata empire. Mr Mistry's son, Cyrus, has been locked in a bitter legal fight with Tata since he was ousted as chairman of Tata Sons in a 2016 boardroom coup.

Mr Mistry's empire, which includes real estate, infrastructure and home appliances, was in preliminary discussions to borrow as much as $1 billion by pledging a part of its Tata Sons stake to pay maturing debt after asset sales stalled amid the coronavirus pandemic, Bloomberg News reported in March, citing people familiar with the matter.

The SP Group had 92.8 billion rupees ($1.3 billion) in external debt at its main holding vehicle, Shapoorji Pallonji and Company Pvt., as of end-February, according to Care Ratings Ltd. The group-wide debt was estimated by the local credit rating firm to be more than 300 billion rupees as of March 2019.