K Palaniswami also asked Centre to cancel permission given for conducting a survey for building a new dam in Mullaiperiyar by the Kerala government. 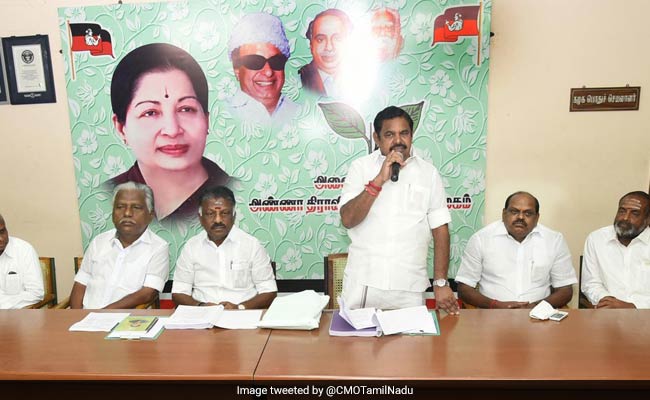 The Tamil Nadu Chief Minister K Palaniswami on Sunday urged Prime Minister Narendra Modi to withdraw the permission accorded to Karnataka for a detailed project report (DPR) on its proposed dam across the Cauvery river at Mekedattu.

In a 92-page memorandum submitted to the Prime Minister, he also requested the Centre to cancel the permission given for conducting a survey for building a new dam in Mullaiperiyar by the Kerala government.

He said the Prime Minister should take steps to protect the fireworks industry which provided livelihood to eight lakh people.

He said GST amount due for Tamil Nadu should be released immediately.

The Prime Minister was here to inaugurate a number of projects in the state.