The man, identified as Vinod, told investigators that he was unhappy with the BJP for their stand on NEET, the mandatory entrance test for medical admission. 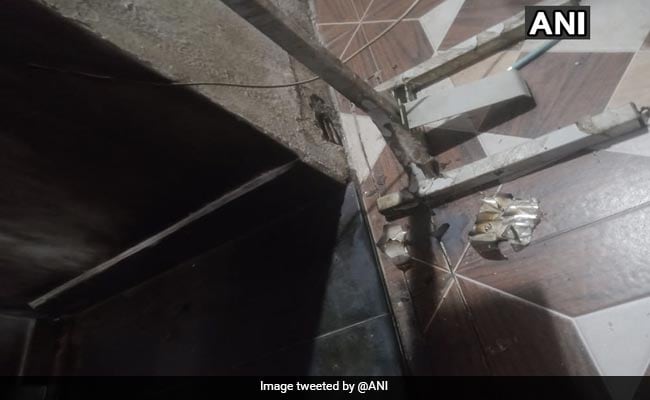 The Chennai police arrested a man for allegedly hurling a petrol bomb at the Bharatiya Janata Party (BJP) office in the early hours today.

The man identified as Vinod told investigators that he was unhappy with the BJP for their stand on NEET, the mandatory entrance test for medical admission.

In 2017, Vinod had also hurled petrol bomb at the Teynampet police station and at a government liquor store, investigators added.

"The man doesn't belong to any outfit. He has done similar acts twice a few years ago too, whenever he was unhappy. Investigation is on," a senior police officer told NDTV.

BJP leader Karate R Thiagarajan said "This is an attempt to scuttle our poll work (upcoming urban local body polls). We will not be cowed down."

"Action should be taken against all. There should be detailed investigation," Mr Thiagarajan further said.

On Tuesday, Chief Minister MK Stalin-led Tamil Nadu government unanimously passed the NEET exemption bill for the second time in the state assembly and sent it to the Governor.

Ahead of the vote for the bill- which was unanimously passed- the BJP walked out from the assembly saying that they favour NEET.

The Governor, however had returned the bill for reconsideration, a week ago, saying "the bill would affect interests of rural and poor students".

The exam has been a contentious issue in the state as at least 20 students including toppers, unable to crack the test or score sufficiently high score , have died by suicide.

The ruling DMK and other parties in the state including the opposition AIADMK believe that NEET favours affluent students who can easily afford private coaching thus putting poor and rural students at a disadvantage.