"Talks Are On" With China For Next Round Over Ladakh Situation: IAF Chief

Air Chief Marshal said that the Indian forces are regularly monitoring the ground reality in terms of deployments or any changes on the Indian as well as the Chinese side. 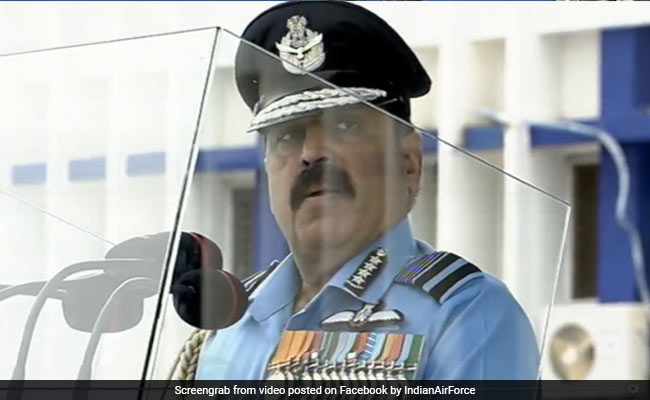 IAF Chief said they are undergoing a transformation with rapid infusion of niche technologies.

India Air Force Chief Air Chief Marshal RKS Bhadauria on Saturday informed that a decision for another Commander-level talks with China regarding the situation at Eastern Ladakh will be taken soon as talks are on for the next round.

Talking about the situation in Eastern Ladakh at the Combined Graduation Prade at Air Force Academy in Dundigal, the Air Chief Marshal said that the Indian forces are regularly monitoring the ground reality in terms of deployments or any changes on the Indian as well as the Chinese side.

"Talks are on for next round. There is a proposal for Commander-level talks and decisions will be taken. The first attempt is to continue with talks and do disengagement of balance friction points and follow it with de-escalation," IAF Chief Bhadauria said.

"In parallel, the ground reality is being monitored closely in terms of current leftover locations, deployments, or any changes. We are taking all required actions on our parts," he said.

IAF Chief Bhadauria further said that the IAF is undergoing a transformation with the rapid infusion of niche technologies.

The Air Chief Marshal said, "IAF is undergoing a monumental transformation. Rapid infusion of niche technologies and combat power in every facet of our operations has never been as intense as it is now."

"This is primarily because of the unprecedented and rapidly evolving security challenges that we face, coupled with the rising geopolitical uncertainty in our neighbourhood and beyond," he added.