New Delhi: The world-renowned Taj Mahal has been dragged into an ugly political row after its exclusion from a Uttar Pradesh tourism booklet earlier this month. First Chief Minister Yogi Adityanath said the famed monument does not reflect Indian culture. Now Sangeet Som, a controversial lawmaker of the ruling BJP, has said the monument was built by "traitors" and is a "blot on Indian culture".

"Many people were worried that the Taj Mahal was removed from the list of historical places in the UP tourism booklet. What history are we talking about? The man who built Taj Mahal imprisoned his father. He wanted to massacre Hindus. If this is history, then it is very unfortunate and we will change this history, I guarantee you" Mr Som said at a rally in Meerut on Sunday.

His party senior Nalin Kohli disowned the comments and said: "That is his individual view. Taj Mahal is an important part of our history. It's part of incredible India. What happened in history cannot be erased but at least it can be well-written history."

Hours later, Mr Som issued a clarification. "I don't oppose Taj Mahal. It's a beautiful heritage. I oppose the Mughals who built it and how they've been portrayed in history," he said. 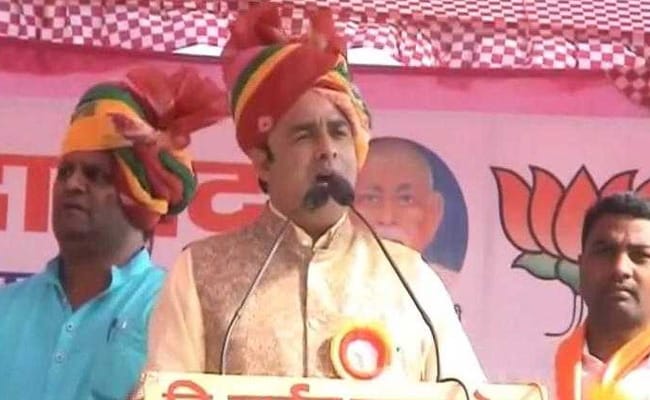 Mr Som is notorious for his inflammatory speeches and is among the politicians charged with instigating riots that left over 60 dead and tens of thousands displaced in Muzaffarnagar in 2013.

Despite the BJP denouncing his comments, there is also support within the party for him. "The Taj is a tourist spot...don't link it with Indian culture," said BJP parliamentarian Anshul Verma.

The Taj Mahal, built by Mughal emperor Shah Jahan, attracts millions of foreign and Indian tourists each year. But the 17th century marble mausoleum was missing from a booklet released recently to mark six months of the BJP government.

What did find a place among top attractions of UP was the temple of Gorakhnath at Gorakhpur, which is headed by Yogi Adityanath.

Promoted
Listen to the latest songs, only on JioSaavn.com
Hyderabad parliamentarian Asaduddin Owaisi of the Majlis-e-Ittehadul Muslimeen party, reacting to Mr Som's comments, said: "Will (Prime Minister Narendra Modi) stop hoisting national flag from a monument built by traitors (Red Fort)? I challenge them to say it to UNESCO that they should remove it from list of world heritage sites."

Jammu and Kashmir politician Omar Abdullah quipped in a tweet: "No more Red Fort speeches on 15th August? 'The PM will address the nation from Nehru Stadium' will fill some hearts with unabashed glee."