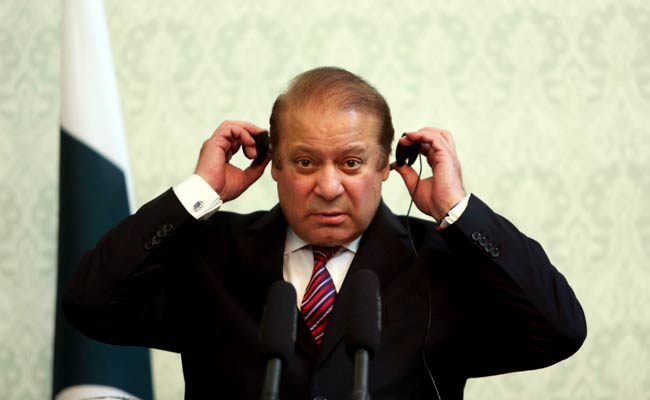 Washington: Justifying its growing arsenal of nuclear weapons, Pakistan yesterday said it has developed them to "deter" a possible attack from India after it built infrastructure near border areas to help launch quick response in case of war.

"Our nuclear programme is one dimensional: stopping Indian aggression before it happens. It is not for starting a war. It is for deterrence," Pakistan Foreign Secretary, Aizaz Chaudhry told a news briefing ahead of Prime Minister Nawaz Sharif's US trip to hold talks with President Barack Obama.

He explained that Pakistan's "low-yield, tactical nuclear weapons" would make it difficult for India to launch a war against Pakistan while remaining under the nuclear threshold.

Mr Chaudhry said that India had created a gap in the capabilities of the two countries through its cold-start doctrine that was developed for use in a possible war with Pakistan that involves various branches of India's military conducting offensive operations.

It was the first concrete explanation from a senior Pakistani official on how Islamabad plans to deal with New Delhi's so-called cold-start doctrine, now renamed the proactive strategy, The Dawn reported.

"It also is a rare explanation of Pakistan's decision to make tactical nuclear weapons to deal with the possible threat of an Indian aggression," it said.

By drastically reducing the time required to launch an aggression against Pakistan, India had "created a space for war", Chaudhry said.

"Our argument is, when you are a nuclear power, you do not create spaces for war. War is no more an option," the foreign secretary said. "We have plugged the gap India had created. We have the right to do so."

Earlier, India has termed as a baseless "story", the charge by Pakistan about construction of a wall along the International Border in Jammu and Kashmir.

The Inspector General of BSF, Rakesh Sharma had said, "This is a story created by Pakistan. There is no wall being constructed on the IB in Jammu and Kashmir... "It is a confusion that is being created by the Pakistani side... "

Mr Sharma said that it was not possible to construct a wall along the International Border (IB) keeping in view the topography of the area where the IB is situated. Only fortification of the already existing fence takes place from time to time.