Suvendu Adhikari was recently summoned by West Bengal CID regarding the unnatural death of his guard three years ago. 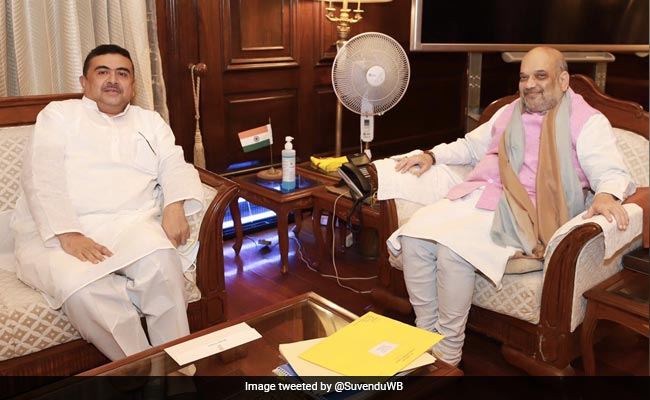 "It's always a pleasure to meet Honourable Union Home Minister Amit Shah Ji. I am thankful to him for making time for me in his busy schedule. The deteriorating law and order situation of WB was discussed. He's aware that there seems to be no abatement in political violence," Mr Adhikari said in a tweet.

Mr Adhikari was recently summoned by West Bengal CID regarding the unnatural death of his guard three years ago.

Calcutta High Court had on Monday given him interim relief in connection with CID summons. Justice Raj Sekhar Mantha gave a stay order on proceedings in respect of cases registered at Contai Police station and the Nandigram Police Station on March 18 this year.