In May, President Donald Trump announced that the US was withdrawing from the Iran nuclear deal signed by the Obama administration in 2015. 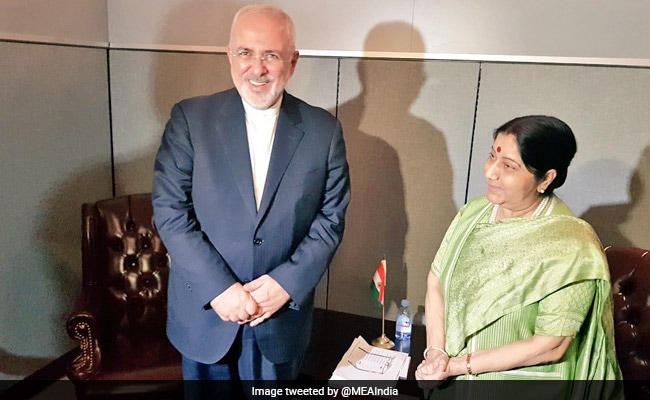 External Affairs Minister Sushma Swaraj held talks with her Iranian counterpart Javad Zarif and discussed bilateral issues, including the US' sanctions against the major crude exporter which are set to be implemented in November.

During the meeting held on the sidelines of the 73rd UN General Assembly session on Wednesday the two sides also discussed the status of Iran nuclear deal with the European Union.

The two sides shared each others' position about where they stand at this point of time, he said.

"There are developments taking place in different corners of the world," Mr Kumar said, adding that Zarif shared part of the discussion Iran is having with the European Union on the nuclear deal.

"We heard them out, we also explained our position. It is important to understand that as far as the sanctions on Iran go, we are also engaged with other stakeholders and countries for example the US as well," Mr Kumar added.

He referred to recently concluded 2+2 dialogue between India and the US during which Washington was sensitised about New Delhi's concerns and expectations.

"We felt that there was this understating from the US side on our position," Mr Kumar said, adding that India is working to ensure its energy and national security.

In May, President Donald Trump announced that the US was withdrawing from the Iran nuclear deal signed by the Obama administration in 2015, under which Tehran had agreed to limit its sensitive nuclear activities and allow international inspectors in return for lifting of crippling economic sanctions.