Sushma Swaraj always helped people. Even if someone tweets to her she always came out for help. In Sarabjit's matter, Swaraj helped a lot, she said. 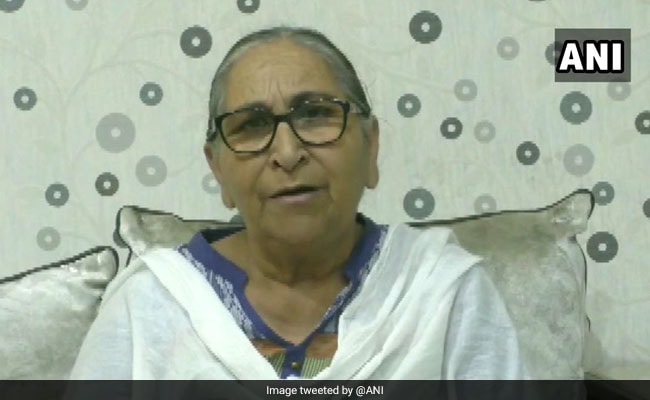 Dalbir Kaur said she was shocked to know that Sushma Swaraj has died.

Sarabjit, who was sentenced to death over terrorism charges, died in a Pakistan prison after some inmates attacked him in 2013.

Dalbir Kaur said she was shocked to know that Sushma Swaraj has died.

"I still can't believe Sushma Swaraj is dead. It is a huge loss not only for BJP but for the entire nation as well," said Dalbir Kaur.

"Swaraj always helped people. Even if someone tweets to her she always came out for help. In Sarabjit's matter, Swaraj helped a lot," she added.

She said that whether it was Hamid Ansari (the Indian national repatriated from Pakistan), Geeta (the hearing and speech impaired girl rescued from Pakistan) or Kulbhushan Jadhav (former Naval officer, who was sentenced to death by a Pakistani military court in 2017), she helped all.

"Sushma Swaraj was an honest and hardworking woman and a politician. Her loss cannot be fulfilled. I pray for strength to her family and peace to her soul," she added.

According to sources at AIIMS, the 67-year-old was feeling restless at 9 pm and reached the hospital at around 9:30 pm in an ambulance. A team of doctors tried to revive her for 70 to 80 minutes but failed in their attempt. Ms Swaraj was declared dead at 10:50 p.m.

She was appointed the foreign minister in the first term of Modi government in 2014. She opted out of the 2019 Lok Sabha elections citing health reasons.