Sushma Swaraj leaves a legacy of an easily-accessible politician who helped the Indians abroad in distress with her quick response on Twitter to requests for help when she was the foreign minister.

Sushma Swaraj, former foreign minister and BJP veteran who died on Tuesday evening, was cremated with state honours on Wednesday afternoon in the presence of top leaders including Prime Minister Narendra Modi, Home Minister Amit Shah and BJP patriarch LK Advani among others. Ms Swaraj's death due to a cardiac arrest has left political leaders and her legions of admirers in grief. PM Modi turned emotional as he paid homage to Ms Swaraj, easily one of India's most-admired political leaders.

Her body was kept at the BJP headquarters for party workers and leaders to pay tributes and then moved to the Lodhi Crematorium where all top leaders paid their respects.

Ms Swaraj died at Delhi's All India Institute Of Medical Sciences (AIIMS) where she was taken at around 9 pm on Tuesday. 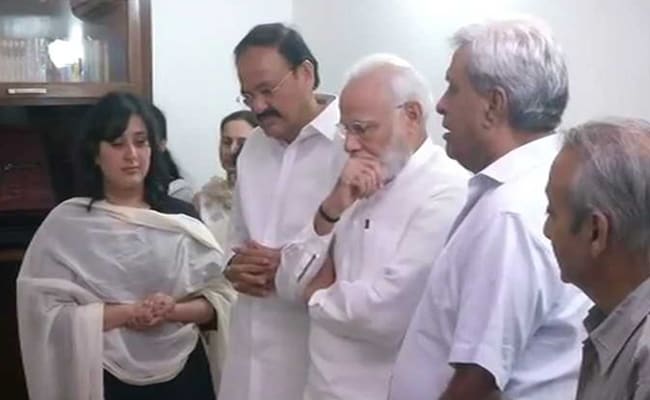 BJP veteran LK Advani and his daughter Pratibha, who have had a long association with Ms Swaraj, were seen in tears.

Mr Advani, 91, said in his tribute he could not recall a single year when she missed bringing his favourite chocolate cake on his birthday. "Sushmaji was someone who I have known and worked with since the beginning of her illustrious innings in the Bharatiya Janata Party. When I was the president of the BJP in the 1980s, she was a promising young activist who I had inducted into my team", Mr Advani said. 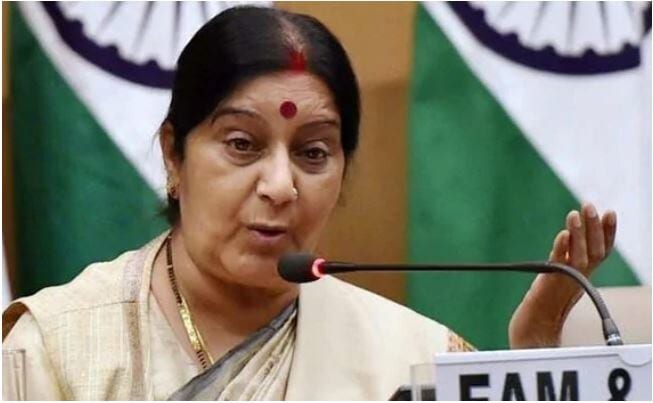 Sushma Swaraj, 67, had not been keeping well lately and did not contest the Lok Sabha election.

Remembering the veteran politician, Prime Minister Narendra Modi, in a tweet last night, said a "glorious chapter in Indian politics has come to an end".

"India grieves the demise of a remarkable leader who devoted her life to public service and bettering lives of the poor. Sushma Swaraj ji was one of her kind, who was a source of inspiration for crores of people," the PM tweeted. 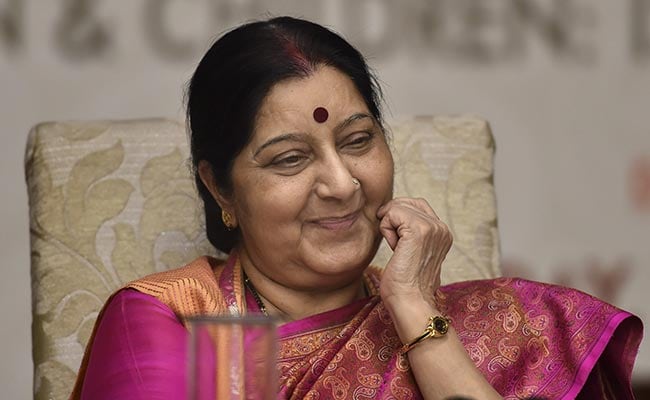 In 1977, Sushma Swaraj became the youngest minister of a state, Haryana

Ms Swaraj was one of the most senior woman leaders of the BJP. Ms Swaraj leaves a legacy of an easily-accessible politician who helped the Indians abroad in distress with her quick response on Twitter to requests for help when she was the foreign minister. Even banal or joking requests drew a response from Sushma Swaraj.

The 67-year-old had not been keeping well lately, which is why she had not contested the Lok Sabha election earlier this year and opted out of PM Modi's new government. She had a kidney transplant in 2016.

Hours before her death, Ms Swaraj had tweeted congratulating Prime Minister Narendra Modi over the passage of the Jammu and Kashmir Reorganisation bill in parliament. "She was happy about Article 370's abrogation, I read her tweet when I got back home," Union minister Ravi Shankar Prasad said. 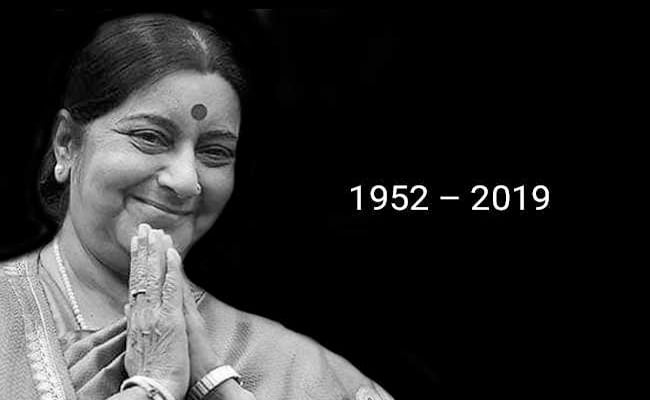