Sushant Singh Rajput case: Sanjay Raut had alleged that the actor was not on good terms with his own family and had strained relations with his father after his second marriage. 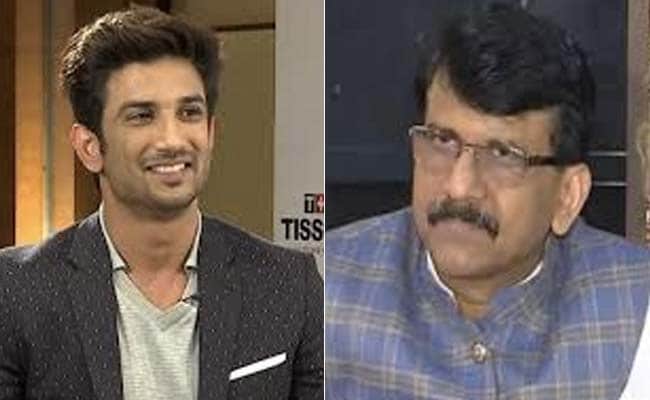 A Bihar MLA and close relative of Sushant Singh Rajput sent a legal notice to Shiv Sena leader Sanjay Raut today, threatening action over a piece written by him in the party mouthpiece about the late actor's strained relations with his father, his lawyer said.

In his column for 'Saamana' a few days ago, Sanjay Raut had alleged that the actor, whose death is being probed by the CBI, was not on good terms with his own family and had strained relations with his father after his second marriage.

Sanjay Raut is an honorable member of Parliament and a responsible spokesman of the party. My client Neeraj Kumar Bablu has contended that he should apologise within 48 hours for his baseless comments. If he does so, we will proceed no further. If he does not, we will seek legal remedy, Anish Jha, the BJP MLAs counsel, said.

Neeraj Kumar Bablu, who is a cousin of Sushant Singh Rajput, had rubbished the allegation that the actors father, Krishna Kishore Singh, had gotten married again after the death of his wife in 2002.

Mr Singh had lodged an FIR at a police station in Patna last month, nearly 40 days after his son was found dead at his Bandra residence. In the FIR, Mr Singh had accused actress Rhea Chakraborty and her family members of "abetting his son's suicide" besides cheating him financially.

Rhea Chakraborty has, since, been slapped with a money laundering case by the Enforcement Directorate.

Her petition, questioning the Bihar polices jurisdiction in the matter and seeking transfer of the case from Patna to Mumbai is pending before the Supreme Court.

The matter was taken over by the CBI following a recommendation by the Nitish Kumar government at the request of Sushant Rajput's father.

While the Bihar police had swung into action after registering an FIR on July 25, the development was received with indignation by the Uddhav Thackeray government in Maharashtra.