The University Grants Commission or UGC had asked colleges to observe 'Surgical Strike Day' in colleges and universities. 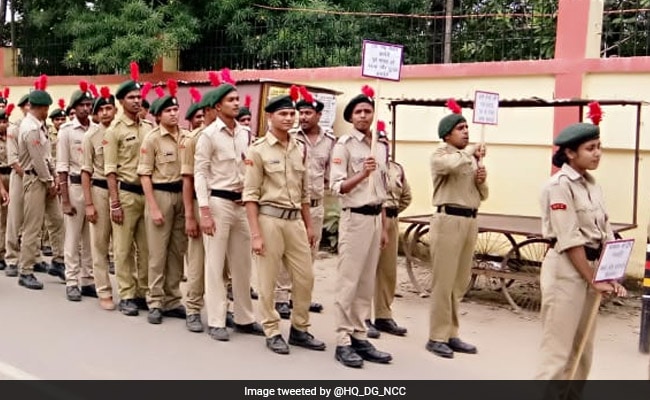 The UGC had asked the NCC to organise parades for Surgical Stikes Day. (File)

A directive to observe the second anniversary of "surgical strikes", the Indian Army's offensive against terrorist launchpads in Pakistan-occupied Kashmir, in universities and colleges is not a mandatory order, the centre clarified today after the move drew criticism from the opposition, which said the BJP-led government was trying to use the military to score political points.

"We have not made any compulsion neither to the institutes nor to the students. We have issued a program because it was a suggestion by many students and teachers," Union Education Minister Prakash Javadekar said.

"And therefore on 29th of September, we have asked colleges - those who want to do - can arrange a lecture by an ex-army official who can describe to the student show the country gets defended... what is special feature of surgical strikes and how it was conducted," he said.

"This is not political, this is not [a] BJP rally. I think this is the best thing to do on this occasion," Mr Javadekar added.

The government's clarification came after opposition parties including the Congress and Trinamool Congress lashed out at the move.

West Bengal Education Minister Partha Chatterjee, of the Trinamool Congress, called the directive a part of the BJP's "agenda" and said educational institutes in the state will not celebrate the day.

"This is an agenda of the BJP and it is trying to push this agenda by using the UGC ahead of elections. It is a matter of shame that they are using the UGC to achieve their political agenda," Mr Chatterjee said.

Senior Congress leader Kapil Sibal targeted the government saying it was an attempt to aggrandize Prime Minister Narendra Modi. "The UGC directive on Surgical Strike Day is a political move. This is just to show that PM Modi did what no one else could. I condemn it," he told NDTV.

Delhi Chief Minister Arvind Kejriwal too criticised the move. "The best way to celebrate surgical strike day wud be for the PM to visit the family of Sh Narendra Singh, who was tortured and slain by Pak this week. PM shud assure the nation that Pak wud be given such befitting reply that it won't dare do it again (sic)," Mr Kejriwal tweeted.

On September 29 in 2016, the Indian Army had carried out targeted strikes on seven terrorist launchpads across the Line of Control as a response to an attack on its base in Uri earlier that month. The Indian Army had said its special forces inflicted "significant casualties" on terrorists waiting there to cross into India.

BJP leaders including Prime Minister Narendra Modi have referred to the incident at political rallies, pitching it as proof of their decisive governance. The opposition, however, has said it was not the first surgical strike but the first one to be publicised widely for the BJP's political gain.