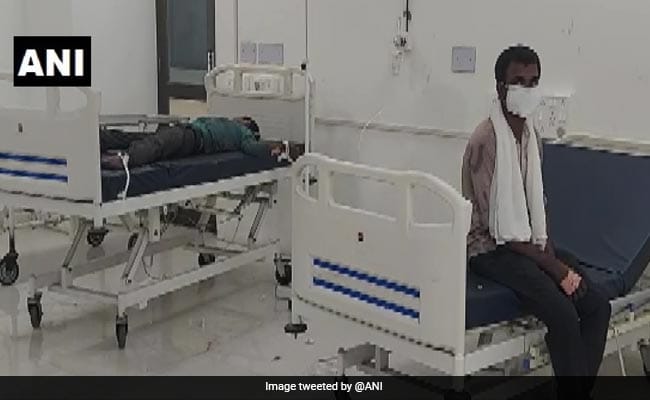 An official said workers were rushed to the hospital and at least five died.

Six factory workers died and 22 others were hospitalised after they inhaled toxic fumes leaking from a chemical tanker parked near a factory in Gujarat's Surat district early Thursday morning, officials said.

The fire department received a call around 4.25 am, he said, adding that 25 to 26 workers fell unconscious after inhaling the toxic fumes coming out of the chemical tanker parked on a roadside near the factory and were rushed to the new civil hospital.

"Six people have died, while 22 others are hospitalised and undergoing treatment," the civil hospital's resident medical officer, Omkar Chaudhary, said.

The chemical was being illegally discharged from the tanker when a toxic gas leaked from it and spread to nearby areas, due to which 26 workers present in the dyeing and printing mill and surrounding areas fell unconscious following which they were rushed to the hospital, the SMC said in a release.

Some people from the nearby areas were evacuated as a precautionary measure, the civic body said.

"Many people have died due to gas leak in Surat. May God give peace to the departed souls and strength to the family members to bear this suffering. I pray for the health of those who have fallen ill in this incident," the Chief Minister said in a tweet.