"We Didn't Incite Anyone To Commit Crime": Top Court vs Centre On Dalit Act

In the last hearing, the Supreme Court had refused to put on hold its verdict, which stopped the immediate arrest of anyone accused under the Dalit law. 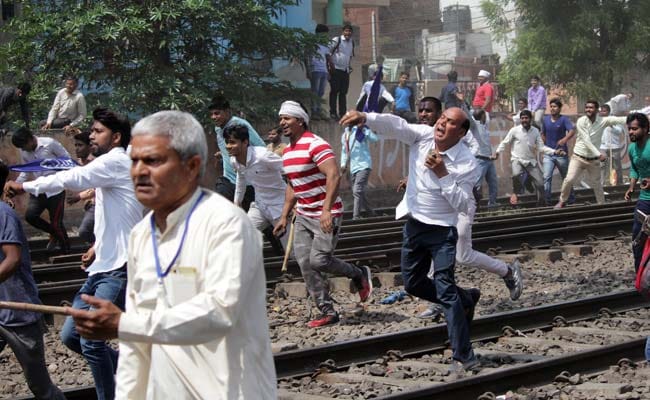 A Supreme Court order on Dalit protection had led to widespread protests in 5 states in March. (File)

New Delhi: Hearing the centre's request to review its own order, the Supreme Court on Thursday said it was "100 per cent" for the protection of Dalits against atrocities but no one should be "falsely implicated". The government said the court's move in March to make it more difficult to arrest people for crimes against Dalits weakened the law and amounted to judicial activism. The court's order stopping the immediate arrest of people under the SC/ST (Scheduled Caste and Scheduled Tribes) law led to massive protests by Dalit groups. The government says that order should be suspended.

Here are the top 10 updates on the Supreme Court hearing on the Dalit law: